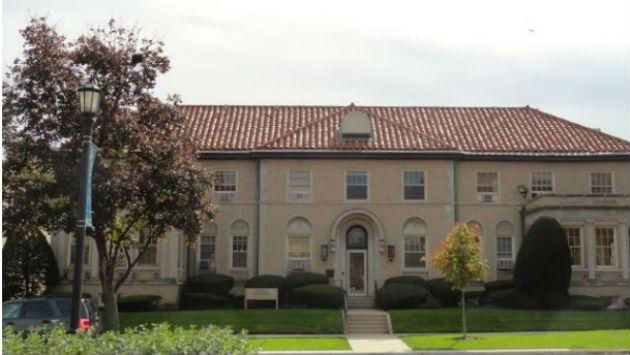 Here's a recap of our live coverage of this evening's Evanston City Council meeting, as well as the Rules Committee meeting immediately preceding it.

Only item of business is appointing Alderman Melissa Wynne, 3rd Ward, to the Administration and Public Works Committee. Approved.

Alderman Delores Holmes, 5th Ward, announces that the massage ordinance is going to be placed on hold for further revision.

Alderman Peter Braithwaite, 2nd Ward, says to massage business owners in audience that "we don't want to hurt your business."

Alderman Mark Tendam, 6th Ward, draws laughter when he says the council was "caught with its pants down" on this issue.

Dave and Liz Schaps of Great Harvest Bread Company gets key to the city.

Announcement of Clean Up Evanston day on April 23.

Alderman Judy Fiske, 1st Ward, says when there was a ferral cat colony in the NU sorority quad there wasn't a rat problem … now that it's gone neighbors are concerned about rat problems.

Says the fiberglass roof would match the roof on the church building. Says clay tile is a maintenance headache and will cost $100K extra.

Says no applications for clay tile roofs in the more than 20 years he worked for the city. Says they're beautiful to look at but are a maintenance headache because of the freeze-thaw cycle in this climate.

Tim Schoolmaster, of police pension board, says city staff failed to take responsibility for issue in which social security numbers were visible in a mailing sent to city employees and retirees.

Cost is important, but also have rules that impose lot of restrictions on other people in the neighborhood as well.

Says buildings are quite different architecturally — the church and the parish center.

Alderman Mark Tendam, 6th Ward, says money to restore a clay tile roof seems to be excessive — not a type of roof that's appropriate for our climate.

Asks if have looked at fiberglass tiles instead. Says doesn't think parish center should have a roof like the the church.

Is told by Dominick Hillaire of of the church that Preservation Commission wasn't interested in any substitutions.

Alderman Melissa Wynne, 3rd Ward, says her church, St. Paul's Lutheran, is in the midst of a roof replacement project for $400K and the national church has provided partial loan financing for it. Says haven't yet demonstrated economic hardship here.

Parish priest says Chicago parishes aren't being offered any financing by the church.

Fiske says she doesn't think makes sense to make a 1935 parish center building look like an 1892 church building. Says a clay tile roof is integral to the Italian Renaissance Revival style of the parish center.

Fr. Greg Sakowicz sys would rather spend money on helping the poor than spending extra on the roof.

Jim Wolinski says homeowners with clay tile roofs bought within the past few decades and were aware when they bought that the building was a landmark — says St. Mary's hasn't changed ownership since before the landmark designation.

Alderman Mark Tendam, 6th Ward, says he doesn't want to require the clay tile roof, but thinks something different from what is on the church would be a good idea.

Fiske moves to postpone a vote until May 9 meeting. Wants to see if there's another material that would meet the budget but still look more like the existing roof.

Fiske says she's opposed to various aspects of the project and will vote against it.

Braithwaite thanks staff for finding funding to partially close the funding gap.

A-9 – Four way stop at Ashland and Grove

Fiske … says she's going to miss Dave's Italian Kitchen, which just closed. Says she used to go there once a week.