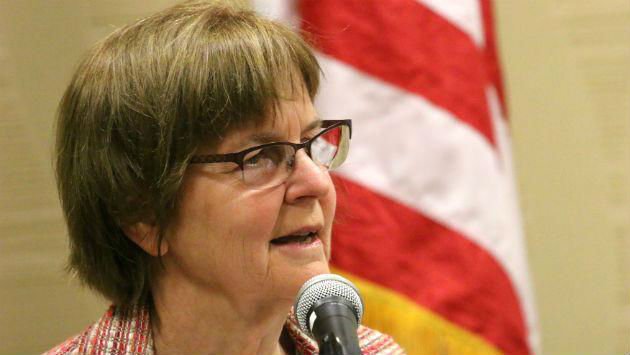 A packet with information on tonight's agenda items is availabe online.

Alderman Don Wilson, 4th Ward, says if one level of goverment isn't doing its job it is relevant for us to comment — asking that people do their jobs.

Here's what was taken off the consent agenda.

Says tried to structure the deal. Sellers attorney said that if city didn't agree to deal it would fall by the wayside and city would run the risk of getting no money back. Says seller is never going to pay the taxes.

Alderman Wilson asks whether could release the mortgage without waiving its option to go after collection on the note.

Alderman Rainey asks what happens if seller doesn't agree. "Could we force the seller into bankruptcy?

Farrar says dealing with attorney has been challenging, says given history of those interactions has every confidence seller's attorney will not be cooperative.

Miller asks whether city has taken any other collection efforts?

Farrar says don't think the corporation that owns the building on McDaniel has any assets.

Holmes says her goal is to get the business back in operation and making money. Asks if there's a way to get the building sold, but still being able to go after the seller later.

Farrar says unsure whether closing would go through with

Mayor says Jay Lytle called her urging to not drag feet so the sale can go through.

Rainey says the problem is that the buyer is the victim if we don't do something.

Asks whether the buyer has approached the city for any assistance. Bobkiewicz says doesn't believe so.

Rainey says thinks should go ahead an bite the bullet — consider it the city's contribution to a new business going in.

Thinks it's a waste of time to try to pursue the seller.

The sooner the buyer gets in there, the sooner all sorts of revenue will begin flowing to the city — property tax, liquor tax.

Wilson says we're all angry and disappointed. Every day of delay the tax bill goes up, he says.

If the sale doesn't go through — don't know how much more time the tax buyer is going to extend the redemption period. The buyer of the taxes could file to acquire the property. Then city would get nothing.

Wilson moves that authorize city attorney to attend closing with authority to deliver the necessary documentation to release the mortgage in exchange for distribution of the proceeds remaining to the city. Says that would give attorney the ability to try to negotiate the lack of release — but not require it.

Miller asks whether city is secondary on other economic development deals. Farrar says this deal is an outlier. Rainey says on the Howard Street deals the city is primary and they're all being paid on time. Holmes says that's also the case with the contractors buiding on Church Street in the 5th Ward.

Revelle … May 1 1-4p celebration of May Day at Ecology Center.

Rainey … Makes reference to next council meeting re taxi concerns. (Likely May 9)