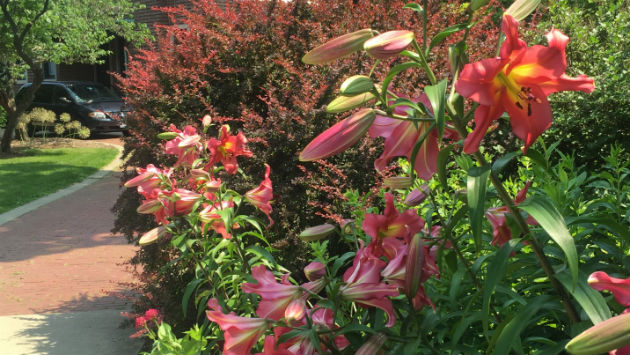 The meeting is scheduled to begin at 7:25 p.m. A packet with information on tonight's agenda items is available online.

Says that should make a big difference in reducing crime problems — because kids who are getting into trouble need jobs to stay out of trouble. 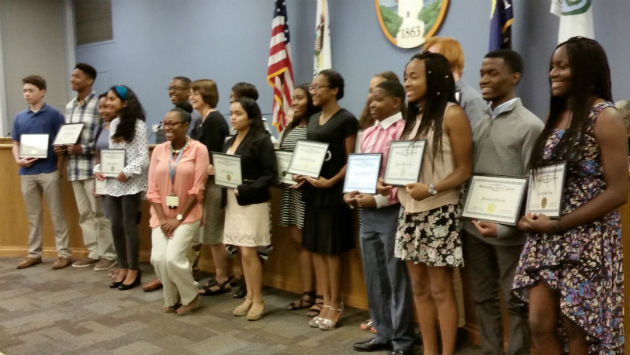 Says many people have stepped up to assist with the fundraising efforts.

Labor Day … trash pickups a day later for the holiday week, as usual

Starts with four kids saying they like the protected bike lane on Dodge Avenue.

Nancy Schreenan says she uses the bike lane to commute to her job in Chicago. Appreciates the new bike lane. Says less likely to get "doored" — and if do, will end up on the curb rather than in the traffic lane. Says people who don't like the bike lane are effectively saying that their convenience is more important than her safety.

Kelly McCabe, lives on corner of Dodge and Lee, says feels left out of Robert Crown project, and how it will impact immediate area.

(Lyons says has been in the "quiet portion" of fundraising — but will be much more public in the future.)

City Manager Wally Bobkieiwcz says on Thursday, Sept. 22, will do multi-media budget discussion — live on Channel 16 … town halls on Twitter and Facebook at the same time.

Says have had trouble getting people out for meetings in recent years … zero, one and four people showed up.

Lyons says general fund surplus is $8.1M … but some of that reflects having three payroll periods coming up in two months in the rest of the year — which will reduce the surplus significantly.

Says parking fines are down — fewer people are getting tickets — but parking revenue is up — because with the card swipe option a lot of people are paying for two hours, but only using, say, an hour and 15 minutes.

Says need to rebuild general fund surplus to keep the rating agencies happy. Says should be able to do that this year.

Mayor Tisdahl asks what would get bond rating to Triple-A.

Lyons says are still at Triple-A wiht Fitch, but at AA1 with Moody's.

Says its a "clean opinion" — the best they can provide.

We'll note anything taken off the consent agenda …

With those deletions, consent agenda approved … 6-0.

In committee amended to review all parks this year, rather than half of them.

Rainey says she pays $69/mo for cell phone… was cheapest she could find … says minimum aldermen should be reimbursed is $100/mo.

Doesn't get a second.

Rainey says some people can afford what it costs — but others can't.

Alderman Melissa Wynne, 3rd Ward, says she wouldn't support the pay increase of 23.1 percent. Says aldermanic should stay in line with city employees compensation increases — especially when state is in such financial difficultieis. Says would support a pay increase that's in line with the cost of living. Says that would be much more equitable — align aldermen with the other people who work for the city

Alderman Brian Miller, 9th Ward, says he won't support the increase either — given all the other city priorities.

Rainey moves to hold this issue until Sept. 12 meeting — hoping for a full council present then.

Rainey … says thinks need a website for the progress at Robert Crown. Says the kids who spoke at public comment are so short their parents shouldn't be letting them ride on the street.