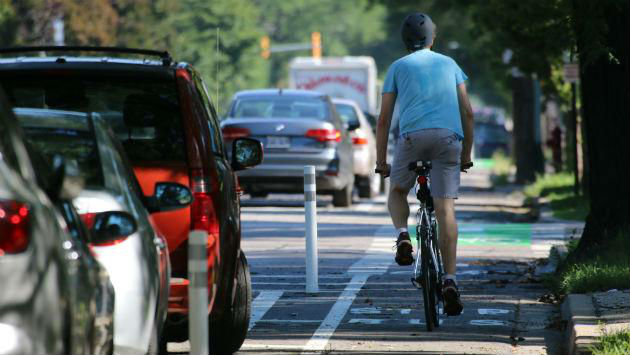 The meeting was scheduled to start at 8:05 p.m. … and started about that time.

Evanston was one of the first five municipalities that joined the Illinois Municipal Retirement Fund. 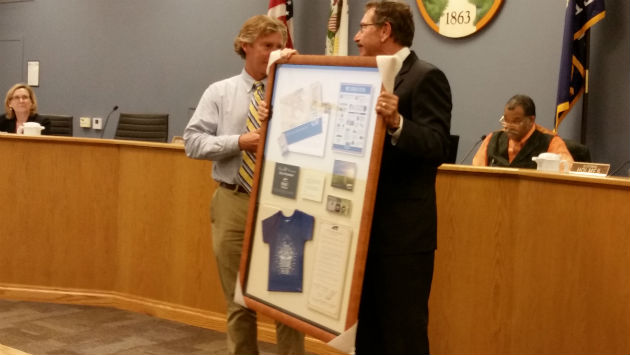 Executive Director Louis Kosiba says the agency now has about $34 billion under management.

Fire Chief recognition on his retirement

31 years of service for the city. Chief Greg Klaiber says it's been an incredible career.

Been chief for the last six years. Says men and women of the department are providing the highest professional service. Says the department is second to none. Thanks City Council for approving the equipment and other requests he's made. 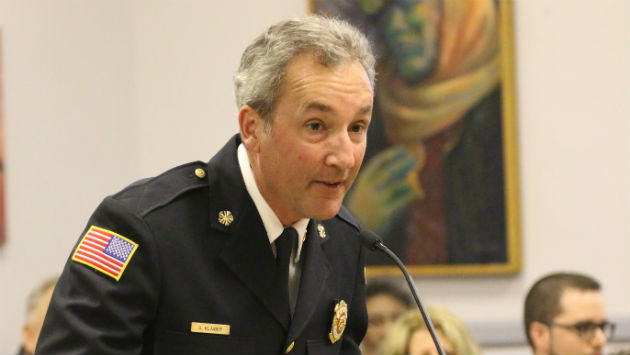 Says have less staff now than when he started. Expects calls to go up … new construction at Northwestern and all over town.

Thanks the deputy and division chiefs …. and his wife, Nancy.

City Clerk Rodney Greene does presentation objecting to the size of the proposed pay increase for the clerk — which is proposed by the compensation committee to be the same cost of living increase for non-union employees. By contrast, the committee recommended a 23 percent pay hike for the aldermen and mayor.

Gets into lengthy discussion about whether elected officials are or are not "employees."

Suggests that all elected officials should get the same increase in compensation.

Alderman Ann Rainey, 8th Ward, complains that a 2 percent pay hike for an alderman would be far less of a pay hike than 2 percent for the clerk — since the aldermen make less than one quarter as much as the clerk gets.

"I'm not going to pick at your salary increase, and I don't want you picking at mine," Rainey says.

Wilson says there are so many people signed up that each one has only 90 seconds to speak.

Patrick Hughes .. repeating his comments from the A&PW meeting in support of the benchmarking ordinance.

George Feeney … says new lanes have backed up traffic for blocks. Says makes it difficult to catch a bus — because they can't pull off out of traffic.

Several other speakers object to the bike lane.

Jeff Balch, 1703 Cleveland, says Dodge bike lane is a step in the right direction — suggests modifications like having more pullovers for buses and better sight-lines for cross traffic. Says most bikers, his children included, are both bikers and drivers — it's not a matter of two camps — its a matter of accommodating competing demands on the roadway.

William Brown, 1200 Mulford, says Harley Clarke could be developed like the Lincoln Park Zoo or the Chicago Botanic Garden — says both have been shared public/private parnerships.

Several other people speak in favor of reopening the mansion.

Stuart Kipnis says he favors the new Dodge bike lanes — makes riding more safe for him and his family — as well as for kids riding to ETHS.

Another speaker says bike lane works well for him, and his 4-and-a-half year old son. Says has slowed down auto traffic to a safer level. Says may be need for some modifications, but wants to keep the protected bike lanes.

John Walsh, 2136 Hartzell, of the Evanston Lakehouse and Gardens group, speaks in favor of reopening the Harley Clarke mansion.

Owner David Kimbell says landmark status places an added burden on the property. Says wasn't disclosed during purchase process. Says that's been fixed since for future purchasers. Says city has no documentation to show why home was designated a landmark.

Says his house is the only one of 17 by his home's architect that's been designated a landmark by the city.

Alderman Miller says its really troubling to see the lack of documentation and certainty. Seems like the Preservation Commission wasn't quite sure about it. Says there are hundreds of houses given landmark status — would like to know that have more documentation of landmarks before get to this point again.

Alderman Tendam says he knows the residents by the sellers were misled if not directly lied to about the landmark status. But he's concerned about the precedent.

Carlos Ruiz, preservation planner, says a state survey in 1972 identified a bunch of potential landmark properties that were added to the city's list of landmarks in 1978. Preservaton ordinance became binding in 1994 — before that it was only advisory.

Fiske says a landmark home at 115 Dempster St. just sold for record price for an Evanston property of $4.9 million — so she doesn't buy the argument that landmark designation depresses property values.

Wilson says he agreed with the windows, but not ready to do a recission.

Rainey says appreciate comments by bike lane supporters — -but that bike lanes have to work for everyone. Says they're working well for cyclists but not for everyone.

Says received email from police chief saying vehicles can't yield to police and fire units because there's no place for vehicles to go.

Rainey says when a bus stops, every vehicle behind the bus has to stop.

Says it's a total jam-up, there's no place for anybody to go.

Says should remove all the bollards tomorrow.

Says doesn't think should reduce the number of bus stops.

Says CTA has proposed reducing frequency of bus stops from 1/8 mile to 1/4 mile. (Quarter mile is the standard spacing across the rest of the CTA system.)

City staff hasn't agreed or disagreed to that.

Alderman Braithwaite says have lost 66 spots on Dodge because of the bike lanes — asks how many additional parking spaces would be lost.

Biggs says it depends on how many bus stops there would be.

Says almost all of the 15 cross streets have bus stops now. Says that could mean losing as much as 60 more spaces if all those bus stops were expanded.

Says could easily remove the bollards at the corners to provide space for people to pull over for emergency vehicles.

Wilson says he agrees about removing the bollards … everybody seems to agree that that's a good idea.

Wilson says gets complaints that its slowing down traffic — but that's the point — have had complaints for years that the traffic was moving too fast.

Says texting and other districtions are a plague. If people watched where they were going you woulnd't need these lanes. But they are.

Somebody's already dead from being hit by a CTA bus on Dodge, he says.

Says handicapped people want to know how they can get out of their car on Dodge.

Biggs says has been waiting six weeks already to get more definition from CTA … but thinks can have answer by next spring.

City Manager Wally Bobkiewicz suggests starting with the bollards tomorrow can get back to council on Oct. 24 about the other issues.

Rainey says she is very concerned about making changes to bus service on Dodge.

Wilson moves going forward with the proposal he made last year … but with a couple of changes … says wants to reduce the dollar amount rom $500K to $250K. Says rehabbing the coach house apartments for affordable housing would be extraordinarily expensive, suggests deleting that.

Says doesn't want to eliminate any possibilities about ultimate future uses of the property, so deletes that section,

Wynne says she supports that.

Rainey says this isn't anything really different — its the same old same old — we're going to continue to run Harley Clarke as a city facility.

She says Is this a permanent decision that city won't ever seek any other potential options? Says hopefully somebody out there will come up with a new solution. Says there was a lot of talk tonight about a "public-private partnership." Says the property requires more than the city's coffers — this is a money pit that the city cannot afford.

Wilson says doesn't believe that the city doesn't have the funds available to reopen the building.

But says "restore it to its original grandeur" is not something the city can do. But should be able to keep it from further deterioration.

Revelle says likes idea of opening the building for recreation uses in the short term — and then lets Parks and Recreation Board help develop a longer term plan — with private fundraising.

Wynne says she doesn't want the city to give up ownership of the building. Wants to work with community groups. Likes the idea of a "friends of" organization.

Fiske says she agrees with Wynne. Asks about coach house.

Bobkiewicz says needs to do assessment of what more may be need to be done to preserve the coach house. Will return later with answers on that.

Holmes says she will support the proposal says it "opens the door for thinking and listening."

Vote to approve the modified proposal is unanimous.

Fiske says she can't support at this time — may get answers by next meeting that might satisfy her.

Carries 6-3 with Fiske, Miller and Wynne voting no.

Miller movest to change it to a 3 percent per year increase to $60,911 by the last year of his term.

That motion fails for lack of a second.

Wilson moves for $10K one-time increase. Says the position has been under-compensated in the past.