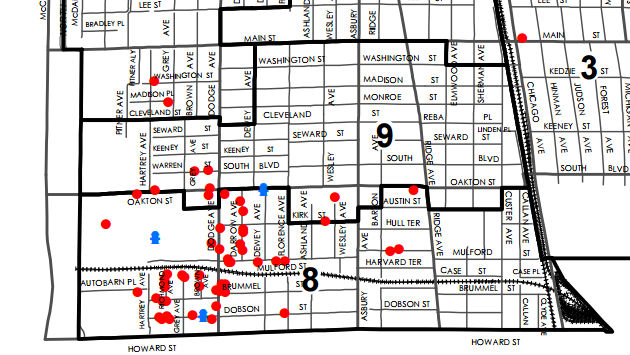 The meeting was scheduled to start at 7 p.m.

City Manager Wally Bobkiewicz says city's still looking for a holiday tree — trying to find one even in nearby communities.

Lisa Martinez presents petitions regarding water quality issues around James Park. Says no level of carcinogens is really safe. Says more than 150 residents have signed the petition. Wants, among other things, to have the water mains replaced.

Leo Sherman says he's "tired of the runaround" about the water issue. Says even if city water is safe to drink now, it doesn't mean it won't be unsafe in the future.

Tanya Noble asks council to give further consideration to health risks regarding the waste transfer station on Church Street. Suggests reserving at least 42 percent of the funding from the transfer station suit settlement for such purposes.

Asking about $4K liquor license. City attorney says applicant asked for lower fee. Says there'll be further consideration of that when the specific liquor license comes up for approval.

Alderman Rainey says this is just the ordinance to create the liquor license category. Says there'll be another discussion when the specific appication comes in.

Mayor Tisdahl says there'll also be a discussion about food service — need more than a couple peanuts, she says.

Concern also expressed about the two drink limit in the proposed license category. That too to be revisited later.

Fiske — Says there is confusion about whether Evanston is a sanctuary city — would like that clarified. Says she's in favor of it.

City attorney says will have full report based on further study for the Nov. 28 meeting.