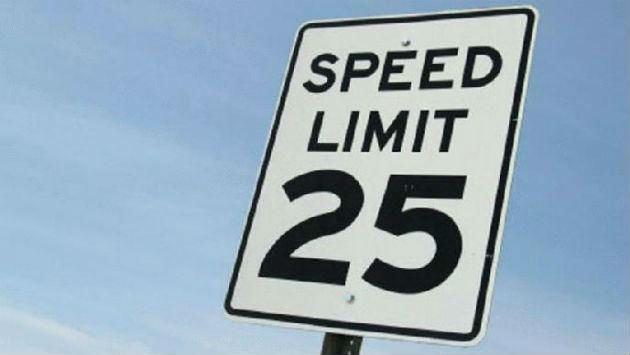 One of the items on tonight's agenda is a proposal to cut the speed limit on Dodge Avenue from 30 to 25 miles per hour.

Mayor gives keys to the city to Charles Lewis and Penny Sebring and to Paul and Mary Finnegan … for their philanthropic contributions to the community. 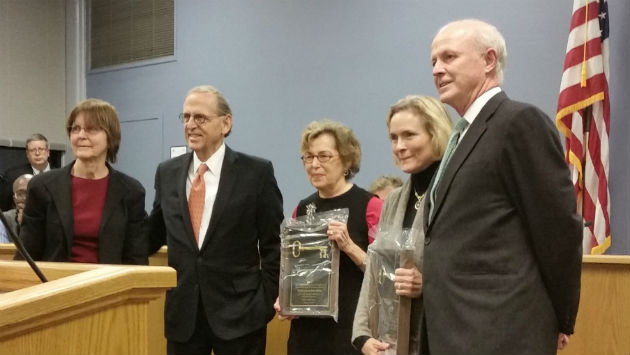 Council gets an update on plans for First Night Evanston.

Public Works Director Dave Stoneback says trash collection will be delayed by a day for Christmas and New Years weeks.

Ann Eubank objects to paving the parkig lot at the recycling center for Smylie Brothers and other aspects of the proposed brewery deal.

ETHS teachers who work with undocumented students speak in favor of the "Welcoming City" (or Sanctuary City) ordinance … as do some students.

George Feeney, has lived on Dodge across from James Park for 40 years. Says Frances Willard would be opposed to having the Smylie Brothers brewery in James Park. 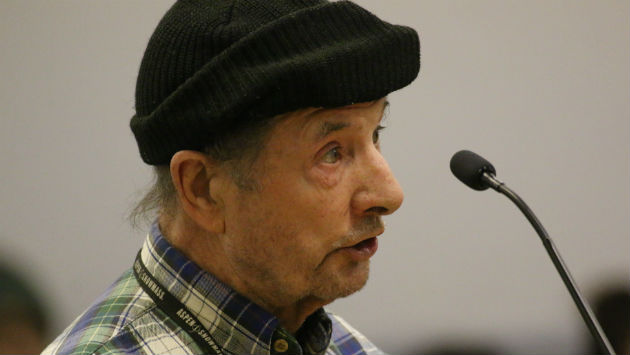 Leslie Shad, and another resident, speak in favor of the proposed benchmarking ordinance.

Eric Paset, property manager, speaks in opposition to the benchmarking ordinance. Says it will be a burden on landlords.

Others speak in favor of the benchmarking ordinance.

John Lambreck of the Builiding and Managers Association, says he's concerned about difficulty in gathering information from tenants for benchmarking and verifying the information.

Former ZBA chair Matt Rodgers speaks in favor of the Smylie Brothers proposal — says the land is zoned industrial and a brewery is an approporiate use for the property.

Dan Schermerhorn, property manager, says doesn't believe energy benchmarking will help cut energy costs. Says have made many reduction in energy usage based on potential cost reductions. Says benchmarking won't actually increase efficiency. Says manages a lot of vintage buildings– there's only so much can do to make them more efficient. Worries that will end up taxing buildings that are less efficient.

Lyons says Woodhouse Tenucci Architects is the first choice for doing the architectural work. At this point only negotiating for preliminary work.

Lyons says focused on cost — how they come in under budget. Also said they had expertise in all the key project areas — library, ice rink and community center.

Lyons says that will begin in the first quarter of next year.

A 12 — Smylie Brothers lease for recycling center (Off at request of Alderman Miller.)

Wilson says "this didn't come out of nowhere." Says the recylcling center closed in 2010. In 2011 committee reviewed a number of proposals … indoor sports, municipal services, retail devleopment, salt storage. Had four meetings. Says he was on the committee. Says he favored the recreation and sports use.

But says the group that had been interested wasn't able to proceed (in 2012.)

Says it's not without trying to come up with a proposal. Now have come up with something that's financially viable. Says charging $160K+ a year in rent.

Would I rather have a baseball facility? Sure — but I don't get to have that, he says.

Says Smylie Brothers woul be a nice place to go after a game at James Park.

Alderman Rainey says did spend a lot of time looking at other things. Says are getting very profitiable, family friendly, successful project. Says parking lot will pay for itself.

Says has never heard more James Park myths than has about this project.

Says city won't be putting parking meters on Oakton. Says ridiculous to claim that crime will be arriving with the brewery.

Says claim that Frances Willard is rolling over in her grave tonight just takes the cake.

Says this will be the jewel in the crown of west Evanston. Says it's not going to corrupt the children at Dawes School.

Miller says he's concerned about priorities Says parking lot is being proiritied over other projects. Says would rather have programming in our busiest park than a brewery.

Holmes says Frances Willard has been spinning in her grave since the 1970s when Evanston first approved liquor sales.

Wilson moves to remove the requirement on tenant to waive "future" claims against the landlord regarding hazardous substances.

Vote on ordinance, as amended, is 8-1, with Miller voting no.

A 17 — Energy benchmarking ordinance (Off at request of Alderman Wilson.)

Wilson says it's not a big or bold thing — wonders whether it will have any notable impact.

Says he's concerned about impact on apartment buildings. If tenants don't respond, will take a lot of time to prove that have tried.

In a lot of ways people in the community are just exhausted by all the things we have to do. Says understands the intent behind the ordinance.

Says doesn't really like it but willing to give it a shot.

Fiske says she's not going to support the ordinance. Says will make things really tough for some people in the community to deal with it.

Says at a special 1st Ward meeting nobody was in favor of the ordinance — though they favor the goals.

Says Citizens Greener Evanston should be reaching out to the building owners — not to the City Council.

Says everybody who has a building is trying to reduce their costs already – to keep things as profitiable as they can be.

Braithwaite praises environmental community for bringing it to council. Says was concerned about fees. Says thinks should be some incentive for businesses that want to report. Says won't support the ordinance.

Wynne says she supports the ordinance. Likes dividing it into tiers for gradual rollout.

Says one third of the U.S. already does this. Recognizes that it may be an inconvenience — wants to mitigate that as much as possible.

But some environmental measures will require us to be inconvenienced, she says, don't have incandescent light bulbs in her house any more.

Holmes says she's not sure how she's going to vote. Says this hasn't set right with her from the beginning. Says should have done the educational part first.

Revelle says if you have one account number for the building, can get the data from ComEd for the entire building.

Says sometimes you need the stick to get people to do what they know they should be doing.

Says Chicago's 2016 benchmarking report now has been released — and buildings with two year track records are seeing reductions of 1.9 percent …ones in the program three years have reduced consumption by 4 percent.

Rainey says there's enough time to bring people up to speed, because of phase in of the program for smaller builings — so she's going to vote or it.

Tendam says thanks to comments from Revelle he's decidedd to vote for the ordinance.

Approved 7-2. Fiske and Braithwaite vote no.

Revelle … Harley Clarke committee meeting tomorrow evening at Civic Center. Will get presentation from the Lakehouse and Gardens group.