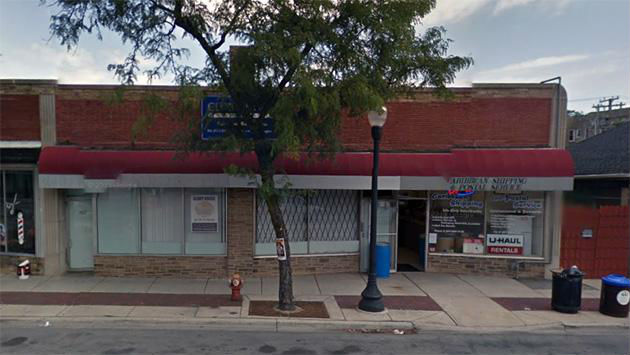 Items up for consideration tonight include plans for a new theater on Howard Street, contracts to rebuild Fountain Square and Northwestern University’s purchase of the 1840 Oak office building.

All alderman except Braithwaite are present. 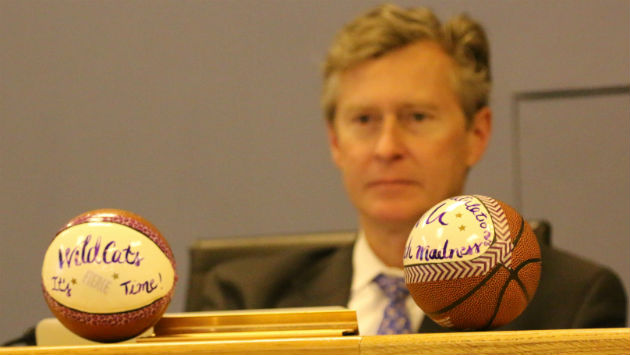 Alderman Don Wilson shows off some of the decorated mini-basketballs that were part of a city-sponsored public arts project at local restaurants Sunday evening after Northwestern’s basketball team was selected to participate in the NCAA tournament for the first time ever.

Presentation on Transit Planning 4 All Survey.

Junad Rizki suggests it would create a conflict of interest issue to have a mayor who’s on the board of directors at First Bank & Trust, which now has agreements to handle some deposits for the city.

Miller requests removal of bills from the consent agenda.

Bills … Miller votes not to approve the bill from Evanston Now.

Wilson says he’s seen objectionable comments in a variety of publications Says looks forward to having a conversation … which is expected at a Rules Committee meeting on April 10,

A 3.15 – NU payments. Fiske says should be in perpetuity. Says doesn’t see any City Council vote to release the property from the Research Park agreement. Farrar says he’s negotiating those issues with the university.

City Manager says street sweeping rules are suspended through Wednesday. Says forecasts for snow tonight are anywhere from a trace to seven inches. There’s no snow emergency or snow route parking ban in effect for this evening.