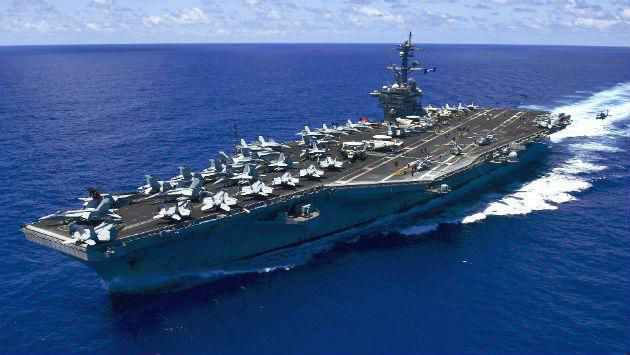 Here’s a recap of our live coverage of tonight’s Evanston City Council meeting. Among the items up for approval — a resolution opposing increased federal military spending.

The militarism resolution is among a range of items up for consideration tonight, including approval of the 831 Emerson planned development negotiation of  contract to sell the library parking lot for an office building development. 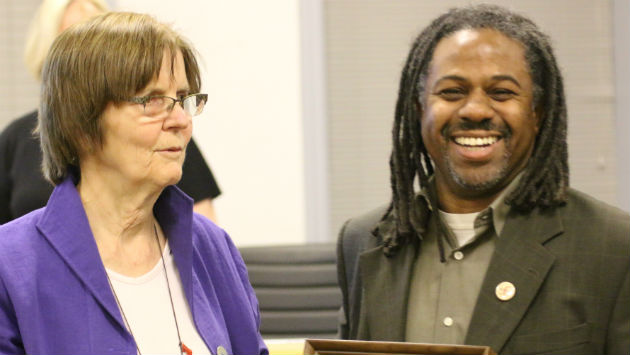 It’s National Volunteer Week … over 1,000 people have volunteered through the city’s website.

Says hopes to have a design to present to the council in July.

Lori Osborne … of Evanston Women’s History Project and other groups … says the block around the library parking lot is a center for women’s history in Evanston. Suggests development “would potentially damage the place.”

Darlene Cannon complains about the HOW development at Dempster and Pitner.

Virginia Beatty says she’s come to over 700 city council meetings … provides a daffodil from her garden for each of the aldermen.

Says they money from the sale of the library lot will generate less money that turning Evanston into a destination community would.

Sara Schaestok, former head of Evanston Community Foundation, says the lot is not just any old space — says need to consider what’s the best use.

Priscilla Giles says library parking lot is a beautiful space. Shame to lose it to any kind of building.

Alderman Eleanor Revelle, 7th Ward, says it will put Evanston on record as supporting a budget that would help people and preserve the planet.

Off the consent agenda …

Says haven’t explored all the potential to perhaps incorporate part of the alley. Says could be a parkway between the two historic sites — put the new building behind that, he suggests.

Alderman Don Wilson, 4th Ward, says Woman’s Club and Willard property reps. gave him a tour that gave him a much deeper appreciation for the history captured in that space. Says look forward to this being a collaborative effort.

Alderman Brian Miller, 9th Ward, says hasn’t heard anybody support the project on this site. Says doesn’t think the city wants to build anything on the site. Says everyone spoke against it tonight Says need to heed the desires of the residents

Alderman Ann Rainey, 8th Ward, says this project seems to be driven by push for cash. Says should have a national design competition. Don’t set limits on height — just bring us something brilliant.

Motion fails 6-2. Fiske and Holmes voted on the losing side.

Have received letter from developer asking that it be held until a meeting in May.

Motiion is to hold the vote until the May 8 meeting.

Tendam … congratulates Hagerty and Suffredin. Says have accomplished a whole lot over the past eight years. Says he plans to work on housing and homelessness issues.

Wilson … says Tendam and Miller will be missed.

Holmes … says has enjoyed working and serving with Miller and Tendam.