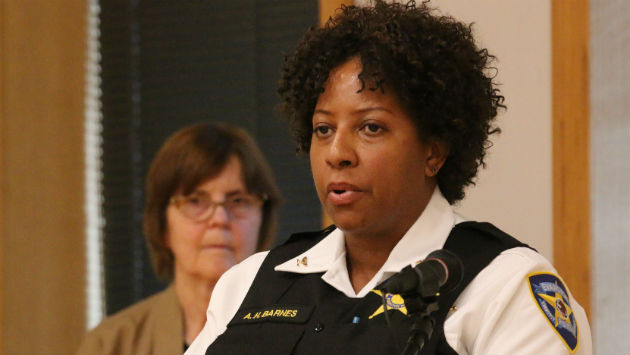 The meeting is scheduled to begin shortly after the Planning and Development Committee meeting ends.

The aldermen tonight are scheduled to create a working group to review policies and procedures for citizen complaints about the Police Department.

The Human Services Committee earlier this month recommended creation of a committee with no more than nine members to report back to the HSC with its proposals in six to nine months.

City Manager announced awards to employees with 20 or more years of service. 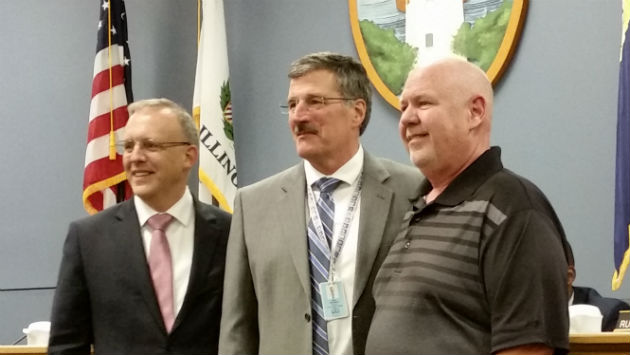 Karen Courtright complains about small size of proposed police working group. Wants “over-policed” communities to be over-represented on the committee.

Madelyn Ducre says should be changes in ethics board. Says happy that will soon get signs back up for Butler and Twiggs parks.

Tina Paden complains about high school constructed-home that’s to be placed next to a property she owns at 1507 Emerson. Says one of the previous ones looks like a trailer. Says neighbors should have been notified about the project.

Bobby Burns says there’s community concern about who’s going to appoint members of the police complaint review working group. Says if it looks like an extension of the police department investigation, community won’t be impressed with that.

Betty Ester of Citizen Network of Protection says many communty members are deeply frustrated and concerned about the police review process. Say means the process won’t be independent of political and law enforcement influence. Says CNP has been working to change policies for eight years.

Carlis Sutton says citizens should have opportunity to participate in negotiations for new police union contract. Also urges scattered site locations for affordable housing — not concentrating it in the 5th Ward.

Taken off the consent agenda …

A 3.4 … parking pay station purchase …  off consent at request of Alderman Braithwaite

Alderman Fiske says goal is to provide a venue to establish trust with the citizenry. Says she’s heard from number of citizens that need to have committee reflect the communities most impacted — says is sure mayor will do that — doesn’t want to have anybody feel their excluded.

Alderman Fleming agrees with Fiske that its an opportunity for trust and transparency.