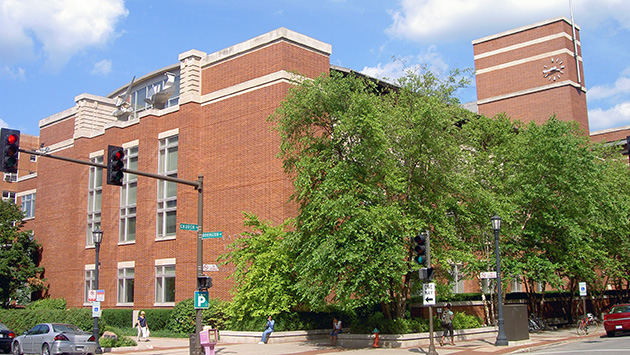 Here’s a recap of our live coverage of tonight’s Evanston City Council meeting at which aldermen approved the city’s budget for next year and approved a reduced tax levy for the library.

The meeting is scheduled to begin after the Rules Committee meeting. That likely means it will start sometime after 7:30 p.m.

A packet with information on tonight’s agenda items is available online. More information about the city budget can be found here and here. 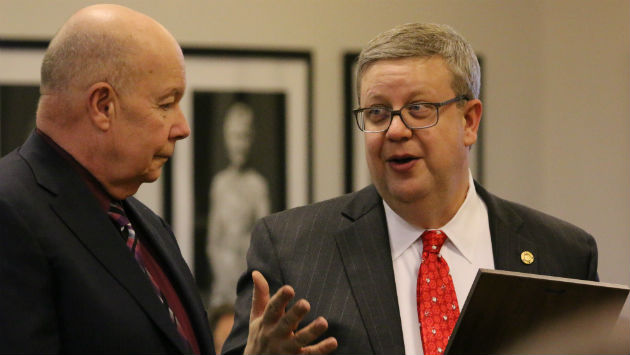 Rickey Voss gets award on his retirement after 37 years with the city.

Voss started in 1980 as a police officer and more recently has served as the city’s parking division manager as well as in a variety of other rolse. 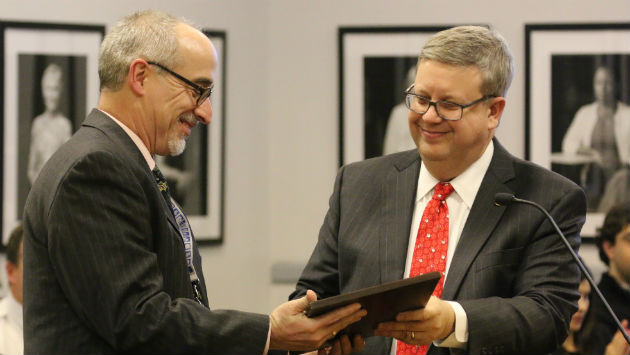 Assistant City Manager Marty Lyons was honored on his leaving the city for a new job with the City of Aurora.

Lyons has been with the city for nearly 10 years.

Both men were praised by several aldermen and got standing ovations from the audience.

Several people speak in favor of more funding for the library.

Others argue for more money for the clerk’s office.

Alderman Cicely Fleming, 9th Ward, says it’s not her desire to shut down the library. But city has a budget deficit and has to make conservative financial choices to keep taxes from going up which would lead to people being displaced.

Says other departments were asked to cut budgets by 4 percent. (The library is asking for a spending increase of more than 5 percent, down from an original request of over 8 percent.)

Library Director Karan Danzak Lyons says library board had special meeting last week — trimmed two expansions of service from budget. Says cut a “mobile library van.” Says hopes may still find a donor to fund that. Other cut was for a 2nd library lending machine — that would have been installed at St. Francis Hospital.

Says most of budget increase is result of AFSCME contract negotiations. Says staff is hard working and deserves the raise.

Alderman Judy Fiske, 1st Ward, asks what the library budget reduction would have been if it had taken the 4 percent spending cut that other city departments faced. Assistant City Manager Marty Lyons says it would have amounted to about $300,000.

Alderman Robin Rue Simmons, 5th Ward, says library has been very beneficial to her — from being a place to make copies when she was starting her business to providing ACT test prep materials to her kids.

Says she’s disappointed to see the book van be the item that’s cut from the budget.

Alderman Ann Rainey, 8th Ward, says she’s upset that the mobile van and vending machine were the reductions, but that the board kept in the additions of an equity consultant Raney says the city has hired an equity and empowerment employee. Should be able to have her doing what library’s consultant would do.

Rainey says on one hand the library will have an equity consultant but on other hand the board members “will thumb your noses” at the neighborhoods with the cut of the mobile van.

Mayor Steve Hagerty suggests postponing discussion about capital spending for the downtown library renovation project (which is not part of this tax levy request) until another City Council meeting.

The library tax levy is approved 6-2. Rainey and Fleming vote no.

Clerk Devon Reid explains his budget request — which is $85K more than what the city manager has proposed.

Fiske says she’s concerned about Reid’s proposal to turn over some old documents — like old city phone books — to the public library or Shorefront.

Alderman Don Wilson, 4th Ward, says other people in other departments are doing work that the clerk’s office used to do.

He says the clerk hasn’t given enough backup information to justify his requests. Says city staff have prepared hundreds of pages of additional backup material for budget requests — haven’t seen that from the clerk.

At request of mayor, Marty Lyons reviews the clerk’s budget proposal from the proposed city budget …

One former deputy clerk was moved to vital records (and is doing work that was not done by the clerk’s office).

The other former deputy clerk was moved to the collector’s office (and is largely doing work that used to be done in the clerk’s office).

Fiske asks who’s driving the car. Budget includes funds for part-time use of a fleet vehicle and Reid doesn’t currently have a driver’s license. She’s told a deputy in the clerk’s office drives.

Bobkiewicz says most other departments are being asked for more cuts than the city clerk’s office (once you adjust for the shift of one employee out of the office).

Says Reid has conducted a huge political campaign over the budget.

Suffredin asks whether the 15 things that the city code and state statutes require the clerk to do can be done with the clerk and one deputy.

Reid says can’t do them well.

Fiske says traditionally the city clerk’s job has been to keep records. Says some of the things the clerk wants to do can be done much more cheaply than he’s proposing.

Says she’s uncomfortable about having the clerk’s office sending people out door to door enouraging people to vote. Says there’s a sense that may be crossing the line of being non-partisan. Says can err on it real quickly without intending to do that.

Says a consituent tried to get an absentee ballot recently and couldn’t get the right document from the city clerk’s office.

Alderman Eleanor Revelle, 7th Ward says as a League of Women Voters member she wants to enourage voter registration, but wants to see ways to do that without going over the budget.

Wilson says he’s doesn’t think its reasonable to pay people to go door to door or do phone banking as part of the city budget.

Alderman Peter Braithwaite, 2nd Ward, says he appreciates what the clerk is bringing to the office, but the city has a very difficult budget-balancing issue.

Says he’s comfortable with the budget that the city manager has presented. Says there’ll be opportunity to do more things in future years.

Wilson moves to increase training budget for clerks office from $2K to $3.3K (which is what had been the average for three of the past four years).

Rue Simmons says Evanston is not weak in the area of transparency, compared to other communitiies.

Fleming suggests a $5K budget for software. Doesn’t get a second.

Wilson withdraws his motion regarding the training budget..

{At this point the Council moved onto item SP 3 — discussed below — while staff recalculated budget total. After action was taken on that, they returned to the budget discussion, which we pick up here …}

Wilson says requester should have to affirmatively agree to the public release of the data on city website.

Reid says he gets requests every week for all the FOIA requests, and those have to be disclosed — so trying to keep them off the website isn’t effective.

Fiske wants law department to be a co-FOIA officer. Motion doesn’t get a second.

Wilson moves adopting the Law Department’s draft of the FOIA policy from pages 34 to 38 of the packet with paragraph 8 on page 38 removed — rather than the version proposed by the clerk. Fiske seconds.

Fleming says wants to give requesters option to keep from being online.

A 3.7 – E-Town Tennis contract for program at Chandler-Newberger Center … held until next meeting.

A 13 – Hotel-Motel and Vacation Rental Tax

P1 – Special use for special educational institution in I2 district

A 13 – Hotel-Motel and Vacation Rental Tax

Fleming says she thinks bed and breakfasts should be included.

Her objection means that despite a vote in committee earlier this evening the rules can’t be suspended to give final approval to the proposal tonight. So the motion is changed to be just for introduction. It’s approved 6-2. Fleming and Fiske vote no.

P1 – Special use for special educational institution in I2 district

Appointments to Equity and Empowerment Commission

Fiske says she’ll vote against the appointments. Says some folks are not represented and should be when discussing equity and empowerment. Says it’s nothing personal about any of those appointed.

Says need to do a lot of trust-building in the community first.

Fleming says she agrees with Fiske. Says only one person on the commission lives south of Main Street. Says would like people from different neighborhood. Says lot of people are from only a couple of wards.

Mayor says had wonderful group of people apply — close to 30 people. Says worked hard, and closely with Pat Efiom, the city’s equity and empowerment coordinator, in reviewing the applications. Says have a representative group of the community — says have a lot of different interest groups involved.

Approved 6-2. Fleming and Fiske vote no.

Revelle asks that an ex officio member from the Housing and Homelessness Committe should be added to the subcommittee.

Braithwaite says that needs to be referred to the Rules Committee

Appointments, as originally proposed, are approved 8-0.

Fleming … Asks Public Works Agency to prepare a report on sidewalk repair complaints for review by the Administration and Public Works Committee.

Wilson … Thanks to staff for work during budget process. Says have had thoughtful and conscientious discussion about the budget.