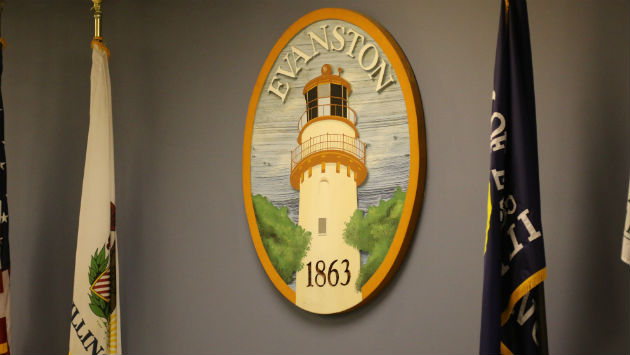 Here’s a recap of our live coverage of tonight’s Evanston City Council meeting, in which aldermen are scheduled to discuss the police department’s stop and frisk policy and launch a priority-based budgeting process

The City Council session is now scheduled to start at 6:50 p.m.

Meeting called to order at 7 p.m.

Resident raises comment about planned “marshmallow drop” event. City manager says marshmallows will be edible (but covered with cornstarch). Says participants will be encouraged to turn in the marshmallow for prizes — and if they eat the marshmallows, they won’t be able to win a prize.

At suggestion of city manager, items from the A&PW committee meeting are taken first.

But all three items end up being removed from consent.

A 1 – Good to Go Jamaican Cuisine

Alderman Rainey says it’s a beautiful project and will add revenue to the tax increment district on Howard.

Rainey notes change in committee to increase fee to $45K initially and $15K for renewals.

Says shouldn’t have to drink at every activity that we have.

At suggestion of Alderman Don Wilson, 4th Ward, to bar use of powered cutting tools or hazardous equipment while consuming alcohol.

Presentation from Kumar Jensen. Says Evanston achieved a 19 percent reduction in emissions by then end of 2016. City is currently recalculating figures and expects to be closer to a 25 percent reduction when that work is complete.

Anticipates community outreach effort through May and complete a draft plan by July with submission to City Council in October.

City manager says Evanston has been a national leader in environmental action efforts.

Says for the second time ever, the Fire Department responded to more than 10,000 calls for emergency service. 64 percent of the calls were ambulance runs.

Average response time was 3:15 … under the four-minute standard of the National Fire Protection Association.

Says stop-and-frisk shouldn’t be a metric for measuring police activity — a problem that developed in New York City.

Says department uses vetted intelligence in determining who to look for for stop-and-frisk activity.

Also has Lexipol program that gives daily quizzes to officers and provides a procedure manual for the department.

Eddington says the department does not deploy any fully automatic weapons. Says that’s not appropriate for domestic law enforcement.

But they do have AR-15 style semi-automatic weapons.

Regarding the hoax or swatting incident last week, Eddington says that part of the hoax was a claim that the victim had been shot with a rifle — which led to the deployment of rifles by police in response.

Says that’s pretty much a standard American law enforcement procedure at this time.

Eddington says the department provides a Glock 9mm pistol. Officers can buy an AR-15 with their own funds, assuming they meet certain departmental standards.

In response to another question from Fleming, Eddington says that contact cards are kept for a year. Data is shared with Chicago Police Department, which has reached an agreement with the ACLU to limit the data retention to a year.

Eddington says if an event is not “flagged” then data is kept for 90 days. If there’s a complaint then the data is maintained until the complaint is resolved — could be a year or longer. For arrests and similar incidents the material would have to be retained until final disposition of the case.

Braithwaite says the council’s alternatives to adjudication committee hopes to have a report to the Human Services Committee within the next couple of months.

Alderman Wynne says she asked the city staff to develop a list of potential public benefits.

She suggests referring the matter to the Planning and Development Committee, after Community Development Director Johanna Leonard returns from maternity leave, in May.

Council votes to refer the issue to P&D.

Wilson thanks staff for outstanding work.

City manager says current year’s budget is a solid one, but there are some broader issues to look at moving forward.

Costs continue to rise because of labor costs, pensons, capital needs and other factors — including changing retail climate.

Says worth taking time over next six months to look at what’s really important in the city’s services — and that services are being provided equitably. 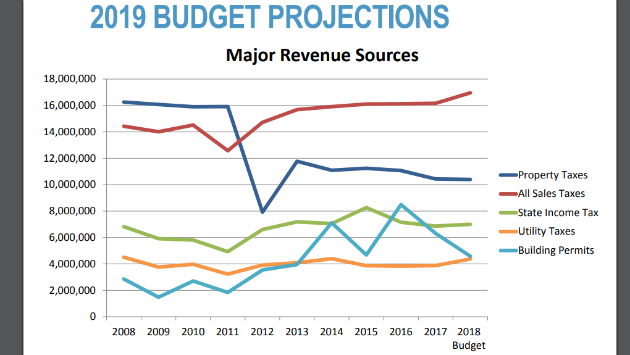 Some revenue sources have sagged. (Part of the drop in general fund property tax revenue reflects breaking out the library levy from the general fund levy.) 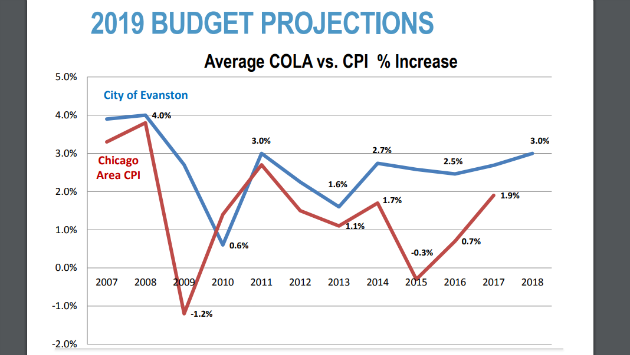 Salary increases have exceeded the cost of living.

City is also planning to spend over a third of a billion dollars in capital expenses over the next five years.

Will need to increase debt limit from $113 million to $150 million.

Fiske asks for list of what programs the city is required to provide.

Fleming says process will be very helpful in planning the budget.

Says will likely be proposing major cuts this fall.

Council vote to accept the report and place it on file.

Braithwaite … thanks for those who attended Chessman gala.