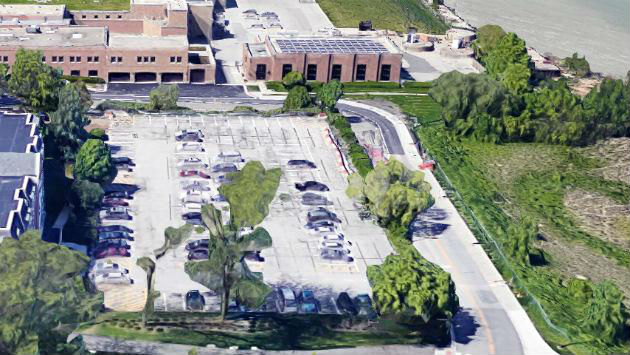 Here’s a recap of our live coverage of tonight’s Evanston City Council meeting. The aldermen are scheduled to approve agreements with Northwestern University for a new water reservoir on campus and with Divvy to expand the bike share program in the city.

The meeting is scheduled to begin about 8:35 p.m.

A packet with information of tonight’s agenda items is available online.

Alderman Ann Rainey, 8th Ward, is absent tonight attending the funeral in California of the NU student, Shane Columbo, who was murdered earlier this month in Rogers Park.

All the aldermen offer their recollections of the former mayor.

Lincoln Street Beach update from City Manager Wally Bobkiewicz. He says Lincoln Street Beach does not belong to the university, based on discussions with the Illinois Department of Natural Resources. Not clear yet who it does belong to. Will be doing further research about that. Has told IDNR that the city is interested in having control over or owning the beach.

Added to agenda … at request of Alderman Eleanor Revelle, 7th Ward, to approve a special event at Canal Shores golf course for Univesity of Michigan alums on Sept. 29. To be discussed at end of tonight’s meeting.

One speaker objects to exclusion of bed and breakfasts from hotel-motel tax.

One speaker objects to impact of tow fees on lower income residents.

Says city has about 61 social services programs, budgeted at $3.2 million, or about 1 percent of total city budget.

Don’t yet have capability to fully assess program effectiveness. Working on improving that.

Bobkiewicz says there will be some recommendations for reductions in social services spending in 2019. Will want to develop better measurement ability in time for the 2020 budget as look at further consolidation.

Says working to outsource crossing guard services to a contractor. Bobkiewicz says hopes to save $200,000 a year from it and still provide jobs for all the existing crossing guards. Council will need to vote on whether to take that step.

Says having increasing problems with parking meter maintenance as the meters age. Want to replace many of the meters with pay boxes. Also encouraging people to use the parking mobile app.

Says hard to have parking be Free, Convenient and Available all at the same time. So wants to move to a “demand-based pricing strategy.”

Seeks to have 80 to 85 percent occupancy on the street.

Says there’s plenty of parking available in downtown Evanston now — but most of the most convenient parking is always filled up.

Alderman Tom Suffredin, 6th Ward, suggests could trade off higher meter rates for increasing the one-hour free in the parking garages to two-hours free there.

Fiske says she’s going to vote no — doesn’t think it’s worth it. Wilson says he opposes it as well.

Revelle says the new stations will cost 34K but have value of 165K. Also creates opportunity for raising more sponsorship money. Says getting people outo f cars is important for sustainability goals. Divvy is important part of sustainability and public health efforts. Says looks like it will more than pay for itself starting next year.

Wynne says all kinds of different forms of transportation are springing up like weeds. Says additional Divvy stations will let city cover a wider area. Says she sees Divvy as an equity issue.

A 11 – Fiske Braithwaite, Wilson, Fleming vote no. Hagerty votes yes to break the tie. in favor of purchasing the three stations.