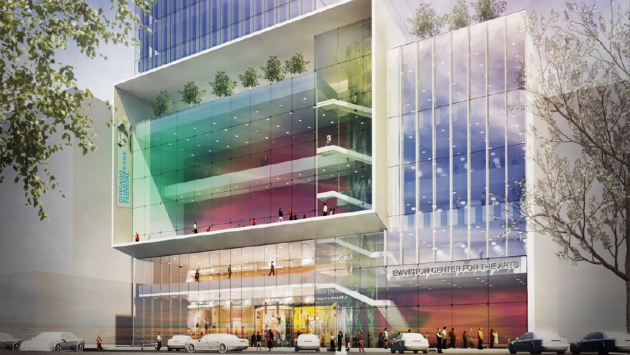 The meeting was scheduled to begin at 7:40 p.m. A packet with information on tonight's agenda items is available online.

Mayor notes that its the 40th anniversary of the downtown farmers' market.

Lakeshore arts festival is this weekend.

Evanston Own It presentation … church groups give check for $13.5K from fundraisers for summer youth employment program.

Judy Kemp of the task force asks the council to endorse the project. Gets applause from audience.

Mayor thanks the task force for its work.

Aldermen offer no comments and take no action on the report. (But see action taken at end of meeting.)

A 9 – Negotiating sale of 1941 Jackson. Vote on final adoption. Approved.

P 6 – Alderman Wilson says doesn't want to make it too easy, says the additions would make housing in city less affordable. Fears negative cumulative effect. Alderman Fiske says she's concerned about impact on smaller houses that city is trying to maintain as affordable. Don't need to simplify everything she says. Can have permanent impact on neighors. Wants to leave it alone.

Alderman Grover says it doesn't affect lot coverage. Says she doesn't see direct connection between this and affordable housing if this is existing owners trying to expand their home to be able to stay in Evanston. Mayor says need to keep homes that cost less in the community — adding a second floor will make it forever cost more. Hope people can find another house in Evanston that could make their needs.

Alderman Miller says process for these requests is that they are almost routinely approved by the Plan Commission now. Doesn't see need to hold up homeowners on this. Shouldn't put the burden on affordable housing on individual homeowners.

Wilson says if most are approved, then it's not all that onerous.

Grover says amendment would apply to not just a whole second floor but a bit of a bumpout on the existing second floor.

Miller says is notice to neighbors even with a minor variation approach, which would be used if the ordinance is approved.

Mayor returns to the downtown art center report … and aldermen vote to accept it.