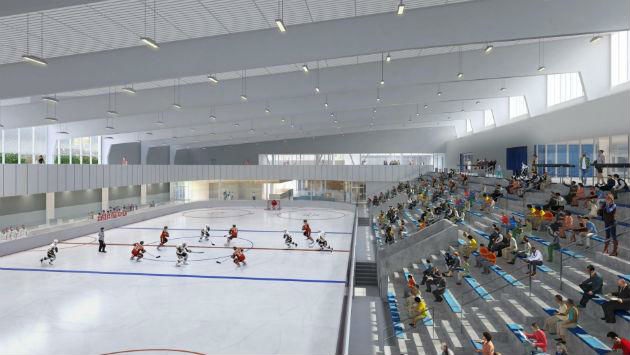 City Manager Wally Bobkiewicz notes that the Administration and Public Works Committee reduced the proposed increase in the city’s debt limit to $152 million, which had been proposed by staff as $160 million. Existing debt limit is $150 million.

Donation from Valli Produce to the Crown Center project is acknowledged.

City Clerk Devon Reid says 52,645 voters were registered for last week’s election. Says a lot of people said they weren’t going to vote — because they don’t have kids in the schools.

Says early voting turnout dropped — because of lack of contests on the ballot here.

Notes tie in Ridgeville district. Says if still no winner when all the ballots are counted, the election will be decided by a coin toss.

Hagerty suggests may not be such a great idea — because of traditionally low turnout in those elections, big issues could end up being decided by only a small percentage of voters.

Mayor says 30 people have signed up for public comment.

Various other folks associated with a group calling themselves the Poor People’s Campaign also attack the Crown Center plans.

Other people who have opposed the Crown project in the past are back again tonight.

Representative of Foster Center Our Place says the group needs $5M from the city to save the Family Focus building.

Some supporters of the Crown Center development also speak.

About 8:36 p.m. the sound system in the Council Chamber goes out.

After public comment ends, Suffredin moves suspension of the rules to reconsider of vote on the library parking lot development.

Motion to suspend the rules approved 6-1.

Alderman Don Wilson, 4th Ward, says he’s disappointed that doing this in the absence of Alderman Wynne, who had objections to the project.

Alderman Eleanor Revelle, 7th Ward, says it’s only a vote to reopen discussion on the proposal.

Motion to reconsider passes on a 6-1 vote. Wilson votes no.

City manager says that now that the motion is back on the table, the Council has several options for what to do next.

Alderman Judy Fiske, 1st Ward, says this is an extremely important project for the city and would like to expand the discussion with adjacent property owners and about the alley. Thinks can have a substantial discussion within the next three to four weeks.

Fiske said she and Suffredin had a very productive discussion with some of the stakeholders.

At 9:02 p.m. the microphones in the Council Chamber go live again.

Suffredin says he’s going to vote no because he wants a citywide parking survey and study before spending the money each year.

Hagerty asks for clarification about size of the increase.

Says nothing changed from what had been projected for Robert Crown last year.

A27 – General obligation bond issues limited to $18M for Crown and $18M for other capital improvements.

Revelle asks about impact of doing the Crown project in phases.

Assistant City Manager Erika Storlie says city is under contract with the contractor to build the project as scoped. Would have to attempt to break that contract. Don’t think that possibility is a smart move, will end up costing more in the long run. Says would also put at risk numerous donations to the project.

Rue Simmons objects says project is struggling to comply with diversity goals and is running over budget.

Storlie says the project is not over budget.

Masoncup says contract has performance deadlines in contract. Says city would likely face a lot of ramifications for general contractor and subcontractors and donors and building users.

Wilson says there will be penalties for the contractor if they don’t meet the hiring goals. And the city will risk serious legal consequences if it delays the project.

Motion to introduce the bond issuance ordinance approed 6-1 with Rue Simmons voting no.

Says somewhere have lost our way in terms of how we advocate for issues. Says is big proponent for freedom of speech, but when take issue as serious as race and take it to modern times on an issue on development. Dr. King spoke out about the Vietnam War … talked about how blacks fought there and returned to not have the same rights as whites. Says doesn’t see how that relates to a capital improvement project in Evanston.

Revelle … makes reference to environment board to phase out gas and propane powered lawnmowers and leaf blowers in Evanston. Says Washington DC recently passed an ordinance to that effect. Says dozens of other cities have already done it.

Council votes to go into executive session at 9:44 p.m.