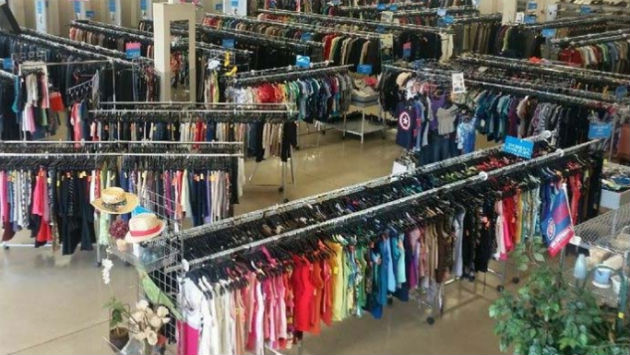 One of the items on tonight's agenda is approval of a special use to open a Goodwill Store in the Evanston Plaza shopping center at 1916 Dempster St.

Wants to not have to add parking for the office.

Alderman Judy Fiske, 1st Ward, complains that storefronts are not bringing in retail traffic —  because of Montessori school and others. Says she's going to oppose the request but "I do wish you the best."

Alderman Peter Braithwaite, 2nd Ward, introduces representatives from Goodwill. Says he's been asked about how will manage dropoff of donation items and job creation. Company has said it will bring 40 to 50 new jobs to Evanston.

Representative of company says the metro Chicago Goodwill has 63 stores. Says stores bring in a lot of traffic to the area. Says other retailers like to locate near their stores.

Donation entrance opens an hour before the store does — so people can do dropoff during commute times.

Nearest existing store is in Mundelein, but a new one is opening on Touhy Avenue west of I-94.

Says will be paying property tax and sales tax.

Frank Schwab, property manager for the center, says can enter from Dempster behind the center or from Greenleaf as well as through the shopping center parking lot.

Says there's congestion with Valli market there now. Says Goodwill will be hugely popular. Concerned about the added traffic.

Fiske asks whether stuff is cleaned before it goes on sale.

Told no. Items that need cleaning are recyled or sold on the secondary market. Not sold at the store.

Rainey says thinks it's a good fit for the shopping center. Impressed that they pay employees more than aldermen in the City of Evanston make.

Brad Taylor, lives a block away from Dempster Plaza on Darrow,  Says concerned about tipping point that would make it impossible to attract higher-end retail stores to the shopping center.

Says already have McDonalds, Burger King, Subway and other low-end restaurants on the corner — worried will just get more.

Says there is demand for mid- to high-end retail there — as evidenced by success of the Starbucks.

Questions whether it's an appropriate location for Goodwill.

Says wants diversity of options for shopping in the community.

Lisa Dziekan, 1325 Wesley, a ZBA member, says Goodwill doesn't represent a good use for the plaza. Urges council to reject the special use permit. Says city has given Valli a lot of assistance or the center — should get more higher-quality retailers for the center.

Alderman Don Wilson, 4th Ward, says it's his neighborhood too, shops at Valli. Says a lot of things have come and gone from the shopping center. Says he's concerned that the shopping center not fail again. Says Valli invested $16M in it. Last sale before that was at an auction because the center had failed.

Says they've got to make a living. Have been open for about a year. A lot of times people call me and say why aren't you getting this or that. We don't get anything– people come to us — we're reactive.

If it was me would be a bicycle shop and a bakery — but I don't get to choose. Says staff was desperately looking for tenants before Valli took over. The TJ Wright's store didn't succeed there.

It might not be what we would all pick, but they're going to pay the rent. It's important to make sure the shopping center can improve.

Alderman Fiske asks whether there's been other interest in the space.

Schawb says Radio Shack filed bankruptcy right after Dominick's closed. Fortunate enough to get AT&T to do new building out.

Dollar Tree has done very well — happy to have them.

Alderman Rainey says Wilson pretty much gave her speech. Says there used to be a curse on this shopping center — bankruptcy, fraud, huge national chains that went out of business. Says current ownership is better than have ever had there before.

Says can't dial up your wish list and get what you want.

Says she's not crazy about the Goodwill thing, but thinks should take the chance on it.

Alderman Eleanor Revelle, 7th Ward, says its exciting to see some positive business action going on there. Says she admires the Goodwill mission and the job creation it will be providing.

Would be able to remain open until 1 a.m. instead of existing 10 p.m. closing time.

Rainey says this special use has had more amendments than any other. Says in the past were problems — cut their hours back (from what originally had been 24 hour operation) says owners have complied with requests for improvements … say now running a clean operation and doing a good job. Supports extened hours.