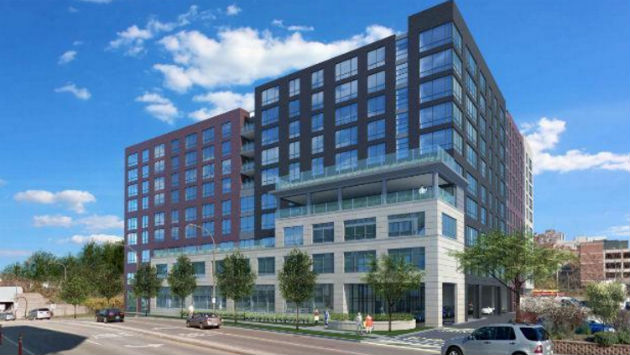 P2 – Change to notice requirements for planning and zoning cases. (Contract to third-party service. Have applicants pay the cost.)

Alderman Ann Rainey, 8th Ward, why can't leave the job to the applicant.

Mark Muenzer, community development director, says want to have staff in the loop on compiling the list of people to be given notice.

Developer Michael McLean says has made several changes to reduce the height of the building by about 20 percent. Switching to provide more assisted living, and less independent living units in the building — which reduces total space required.

Says most of the employees will not have to drive to work — because htey've be provided with bus passes, a company-run shuttle bus service, and other benefits.

Hopes to have all employees be residents of Evanston.

Ryan Housekeeper of Ridgeline Management says company focuses on maximizing health of residents and is happy to be in Evanston with the resources of Northwestern University.

Says although it is compliant with zoning code, says height is not compatible with surrounding buildings.

Says the project, because of changes to it, should be sent back to the Plan Commission

Fiske asks about why its treated as independent living versus sheltered care.

Damir Latinovic, city zoning administrator, says state doesn't classify this facility as sheltered care but rather as independent living — and the city zoning should match.

McLean says because of state licensing couldn't operate this building as a sheltered care facility.

Robert Canazaro, 1800 Ridge, says wants the laundry site to be developed with a successful project. Says the project proposed is not consistent with downtown plan and the zoning ordinance.

Says it's a single use building –and that doesn't contribute to a healthy urban environment — says it needs retail.

Says concerned about height and building and parking. Says the quality of the architecture leaves a lot to be desired.

Says the use is not compatible with the exceptionally noisy site. Says the aesthetics are unfortunate.

McLean says all potential residents will be screened by physician to evaluate their health status.

Memory care units won't have cooktops — be like an extended stay hotel — maybe a mini-fridge.

Some of the assisted living units will have small kitchens, others will not.

Revelle asks whether have a sister relationship with other facilities — for people who no longer be able to live in assisted living.

Housekeeper says will be working to develop that. Says always building relationships in its markets with skilled nursing facilities.

Housekeeper says… not a buy-in facility like the Mather …fees be perhaps $3,950 for indepenent living …$5K on the assisted living side … for memory care be around $7K per month.

Wilson says the vote tonight is to introduce it … will be further discussion at City Council in two weeks.

Vote on introduction is 4-1 with Fiske voting no.