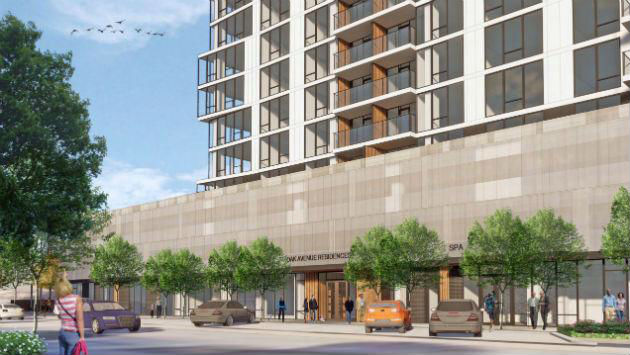 The meeting is scheduled to begin at 8 p.m.

Says neighborhood is under constant pressure. Says people try to buy homes and move large numbers of students in. Baseball teams, wrestling teams … says has a huge impact on neighbors.

Says its the proposed change is a solution in search of a problem.

Says the proposed change would abandon the neighborhood to outside developers for no gain.

Jeanne Lindwall wants to retain the current definition of family in the ordinance. Says her neighbor’s house just sold to an investor. Says zoning would allow changing that single family home into a two flat. Says she’s OK with that.

Says could end up with informal rooming houses all over town.

Says not sympathetic to students who are violating the existing ordinance.

Noreen Edwards, 2125 Sherman Ave., 38 year resident, says homes are being scooped up by investors and packed with students.

Mark Metz, 2125 Sherman Ave., claims the neighborhood has declined while he’s lived there. Says only the three-unrelated rule helps keep it in check.

Says repeal would end up with students packed in even more tightly.

Craig Snyder says he moved to neighborhood as a student, continues to live there and raised family.

Says new owner of building next door tried to move the whole baseball team into the home.

Diane Corling says she has operated a rooming house on Orrington since 1978. It’s a 12 bedroom house with five bathrooms.

Says the building was constructed as a rooming house over a century ago.

Says the property has turned out to be a good investment … and a good living arrangement for her.

Camil Halim, owns lot of property in town, especially around the university, says if look at NU students, they’re the finest students in the country, and all work very hard.

Says the rule we have not is not solving the problem, because it’s too hard to enforce.

Suggests regulating the square footage per person, rather than the number of people per unit.

Jackie Prince says the NU students are kids … don’t have a lot of money to pay in rent.

Says all of us were students at one time and partied at one time. Says some of the commentators are sounding elitist. We should be welcoming community.

Says affordable housing is a huge problem in Evanston.

Alderman Don Wilson, 4th Ward, went to see RBG the documentary about Supreme Court Justice Ruth Bader Ginsberg over the weekend. And he’s asking now what RBG would do.

Says looked at 1974 Supreme Court decision on unrelated individuals. Justice Marshall in dissent … says inconceivable that the court would allow zoning power to burden First Amendment right. Zoning shoudn’t consider who the persons are who are living in a dwelling unit.

Says discussion now is about who the people are and how they live — he’s very uncomfortable with that.

Says he’s mindful of concerns about neighborhood issues. But the three-unrelated ordinance isn’t doing anything to fix it. Says the city passed nuisance premises ordinance revisions a couple of years ago — concerned that that doesn’t seem to be being used.

Says repeal would be an incremental step toward achieving an equitable community.

Alderman Judy Fiske, 1st Ward, says says it is used. Says need to educate students about how to protect themselves when they sign leases.

Says that in the 1940s the entire area was rooming houses. Some were torn down for apartments. But since the 1960s there’s been an effort to bring the neighborhood back with families who wanted to buy affordable homes in the area.

Says those owners now want to maintain a residential quality in the community.

Alderman Robin Rue Simmons, 5th Ward, says she’s concerned about the conditions students are living in and the quality of life for residents.

Says is concerned about lack of enforcement of nuisance premises ordinance and property standards rules.

Alderman Melissa Wynne, 3rd Ward, says she wants more info about rooming houses. Notes that next fall all sophomores will be required to live on campus — says that’s the biggest change in the rental market in that neighborhood since World War II. Suggests that reduction in demand may lead to reduction in rents. Wants to wait to see impact of that before changing the three unrelated rule.

“We don’t really have the sort of student ghetto that you see in Madison or Ann Arbor,” Wynne says. Glad that hasn’t happened here.

Rainey says she thinks apartment units will be advertised on Airbnb once the sophomores are back on campus.

Suggests licensing of owners — and revoking their ability to rent for violations.

Rue Simmons suggests, based on what she hears from other campuses that it might make sense to raise the limit from three to four.

Wilson says ordinance is discriminatory — discriminating against a class of residents for an improper purpose.

Says a lot of residents think its the only solution they have. Apartments are supposed to get inspected. Residents have concerns that aren’t getting addressed. But it’s important to do it in a way that doesn’t perpetuate this lingering discriminatory ordinance that’s not serving its purpose.

Seems clear people don’t know how to use the nuisance premises ordinance.

May need to have conversation about the budget issues to get enforcement.

Rue Simmons says residents are doing their part to complain and manage the neighborhoods — but the city is not enforcing it.

Wilson suggest preparing an ordinance to repeal the three-unrelated rule — but also have a plan for more enforcement of the nuisance premises ordinance.

Fiske says she’s not ready to entertain that motion.

It’s a discussion item, so in the end no action is taken.

Alderman Melissa Wynne asks whether this should wait until P2

Motion is to hold P1.

Says the development will be making about $4.5 million in public benefit contributions — including the affordable housing.

Says city should have a bird-friendly ordinance so wouldn’t have to make those changes on an ad hoc basis.

T.J. Callahan, one of the owners of Farmhouse restaurant downtown, says this will be a good development to stimulate more business downtown.

Philip Creyfield, father of a disabled Sienna resident, says over 70 owners and residents in the area have signed a petition opposing the development.

Ann Sickon, executive director of Center for Independent Futures, says should finish the 1815 Ridge development before considering a development at the 1727 Oak site.

Says concerned about degrading traffic at corner of Ridge and Church.

Says also very concerned about it being a truck route.

Says she’s also not satisfied with the public benefits.

Carlson says the traffic study included the 1815 Ridge development in its counts.

Developer’s traffic consultant says they also included other developments — like 601 Davis (a project that since has been rejected by the council).

Carlson says will do all staging within project site. Says will have community meeting to discuss the plans.

Carlson says anticipates that will have all parking for the development on site.

Also will be working to resolve parking for caregivers at Sienna.

Hope to be able to break ground this fall, which would mean it would be under construction at the same time as the 1815 Ridge development.

Alderman Judy Fiske, 1st Ward, says she’s concerned about traffic and how tight the turn is from Clark into Oak. Says she can’t see it working.

Wynne asks what’s the average time someone lives in the development.

Braithwaite says when vehicles go around the corner, they have to slow down to make the turn.

Says there are disabled communities all over Evanston and city works to make them safe. Says this corner is just as safe as any corner in Evanston.

Alderman Fiske suggests pushing the building back a bit from the corner to make it greener.

Rainey says this is the first time has heard an audience at a public meeting held to introduce the project clap in support of a developer’s plan.

Rainey says only four parking spaces in the existing lot are Evanston residents and only two of them are from Clyde.

Says everybody in the area has looked at that corner for years and asked how could the city allow this mess to exist.

Suggests removing the requirement of a parking pay box to be provided by the developer.

Project is approved for introduction