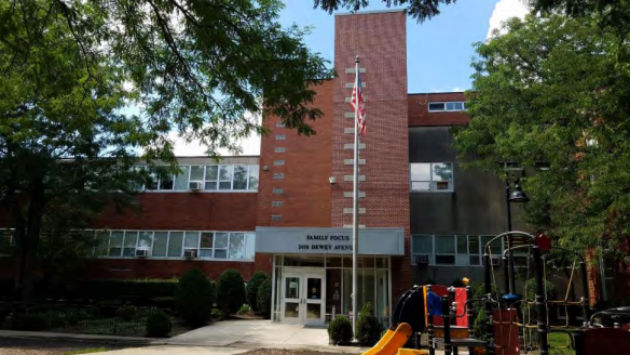 Here’s a recap of our live coverage of tonight’s Evanston City Council Planning and Development Committee meeting. The committee is scheduled to discuss revisions to the inclusionary housing ordinance and granting landmark status to the Family Focus building.

The meeting is scheduled to begin at 7 p.m.

Thta means discussion is deferred until the next committee meeting in two weeks.

Applicant says owner will be present part of the year.

Staff report from Sarah Flax, housing and grants administrator, says revisions are what was recommended by the inclusionary housing ordinance subcommittee.

Proposal, among many other changes, raises fee in lieu from $100K to $175K downtown and $150K elsewhere. Even higher for condos.

Says 824-828 Noyes project completed recently needed three site development allowances. Under new rules could have been approved with a simple majority rather than supermajority vote for one variance, and the other two variances wouldn’t have been needed at all.

Says downtown projects will end up being “essentially the same.”

Sue Loellbach, Connections for the Homeless, says she’s very happy with many of the changes. But wants to go a little further — says affordable units in for-sale projects should be prices at 80% and 50% of AMI rather than 100%. Wants higher fees in lieu, as well. And staggered periods of affordability.

And wants all the units to look the same inside and out.

Alderman Ann Rainey, 8th Ward, questions whether potential rental tenants will be able to afford the rents at 60 percent of AMI.

Flax says for households of four at 60% of AMI their income would be about $50K. And rent, including utilities, would be just under one-third of income.

Asked by Alderman Melissa Wynne, 3rd Ward, about how chose fee in lieu, Flax says Highland Park has done $125K and Chicago has gone up to $225K in certain areas. In the area of Chicago most like downtown Evanston it’s $175K — and that’s what the new ordinance proposes.

Delores Holmes, former 5th Ward alderman, says landmarking is very important to the African-American community. Says it’s the only physical structure left in the 5th Ward that tells of the very rich community that was once there.

Rue Simmons says the community group that has been working on the project has agreed to language changes the building owner requested to allow exterior improvements. Says her mother went to school there and she and her son participated in programming there.