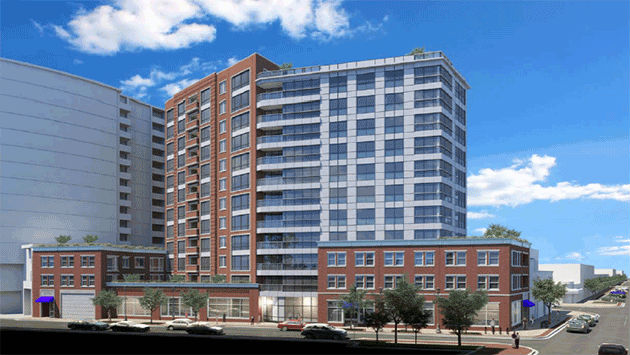 Here’s a recap of our live coverage of tonight’s Evanston City Council Planning and Development Committee meeting. Aldermen are scheduled to consider adjustments to the planned development at 1571 Maple Ave.

Recommended by staff, but not by Zoning Board of Appeals.

Scott Mangum, zoning administrator, says would need major variations to building pretty much anything, but it is a legal buildable lot, platted probably before the current zoning code was adopted.

Says prior owner wanted to sell because of neighbor opposition.

Says was told by staff that it is a buildable lot. If it is to be buildable, requires significant relief.

Says doesn’t think there is any proposal that could win ZBA approval.

Says the R1 zoning creates a lot of non-conformity across the area. His proposal not out of line with the area, he says.

Alderman Tom Suffredin, 6th Ward, says its too large a house on too small a lot.

Developer says no house is the desired outcome of the neighbors.

Says doesn’t want to end up with something that’s so unreasonable that nobody would want to live in the house.

Alderman Judy Fiske, 1st Ward, asks whether there’s ever been a house on the lot.

Matt Rodgers says at least since 1960 there’s been no house on the lot.

Neighbor says there’ve been three 25 foot lots there at least since the 1920s.

Fiske says it’s a really interesting question. Says there are a lot of 25-foot lots in northwest Evanston but they’re zoned R1 — and those two things are inconsistent.

Says to me this would be the perfect lot for a small house, like what council was discussing a few weeks ago.

Says concerned about reaction of the neighbors. Says understands change is difficult. Appreciates the concerns about the depth of the basement.

Developer says would have to get structural engineer’s approval.

Fiske says developer has done a beautiful job on other projects in town. But not at point of being able to approve this project yet.

Alderman Eleanor Revelle, 7th Ward, says may need to consider more what to do about smaller lots and affordable housing.

Rainey asks why the neighbors haven’t gotten together and bought the lot to prevent development.

P 5 – Dual-lane drive through for McDonalds at 1919 Dempster.

Braithwaite requests suspension of the rules for final approval tonight.

Wilson requests suspension of the rules for final approval tonight.

Fiske wants suspension to be announced in advance.

Also doesn’t want Sherman Plaza garage to be used for this.

Sarah Flax, housing and grants administrator, says staff is focusing on rentals at 60 percent or below. Says hasn’t been able to rent at 100 percent.

Rainey says its a waste of time to put family units in downtown high rises (other than for the disabled and elderly).