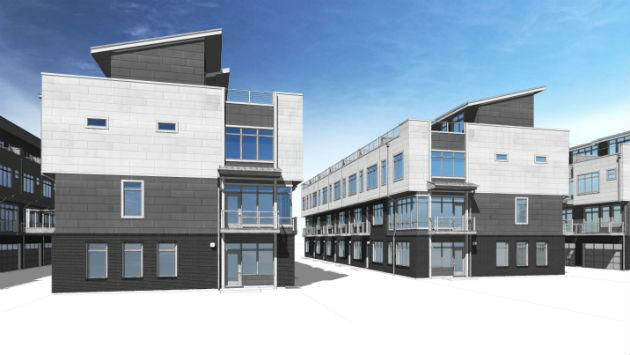 Four items on tonight’s agenda, including expansion of Sketchbook Brewing Co. on Chicago Avenue and a proposed 40-unit townhouse development on Custer Avenue.

Meeting called to order at 7 p.m.

Approved for introduction and action

Wilson notes that has dropped the plan to build another development on the city parking lot nearby on Main Street.

Mentions that Chicago has a Neighborhood Opportunity Fund … very different from Evanston’s approach.

Nyden says need clarification about how much of a bonus each benefit would earn.

Alderman Ann Rainey, 8th Ward, says is familiar with Chicago’s “buying FAR” approach — but unclear whether it’s by right or can be rejected by the city?

Alderman Judy Fiske, 1st Ward, says public is concerned about the uncertainties of planned developments. Don’t want to be surprised.

Says she’s supportive of planned developments — but need to have public education about how it works and what a particular development is going to look like.

Revelle asks how difficult or easy do we want to make it to get the the maximum site allowances or exceed them?

Fiske says it sometimes seems the process is a little out of control.

Fiske says she’s interested in the materials and how a new building fits into the fabric of the community.

Says don’t want to discourage developers from presenting their ideas. Doesn’t want to scare anyone away.

Need to know how development community reacts to public benefits.

But also wants the community to be proud of what’s built.

Revelle says she tends to agree with Wynne — would need to have a huge aount of benefits to exceed the site development allowanes.

If the developer wans a 45 foot height increase that would be one level of public benefits. If wanted 40 feet beyond that they would need to provide two or three.

“Would need to compound,” Wynne says.

Rainey says project tonight is asking for some pretty substantial allowanes — but they make good sense. Then look at the public benefits being offered. It’s an interesting model to work from, she says.

Says public benefits should benefit some of the public around the project.

Fiske says some projects are on our “wish list” … not sure whether they sould amount to public benefits themselves.

Mention’s Northlight proposal. Says one of the challenges we have is if want to attract special desirable uses that aren’t necessarily money-makers — somehow they’ll have to be paid for with a building that houses something else. May have to give extra height to get that.

Wynne says need to have a balance between external benefits for more than just the site — a street paving, or traffic light — helps the community at large — an external benefit. Compares that to an internal benefit — sustainability measures or preservation issues.

“This is a really interesting subject — to the four of us,” Fiske says.

Talks about setting aside a fund for improvements.

Leonard says can make condition of getting final certificate of occupancy is payment for the public benefits.

Leonard says the aldermen seem to want to see more detail about a scoring system and a priority list for public benefits.

Leonard says will likely return with more at the second City Council meeting in April.

Fiske says she’s not sure all the relevant staff is on the committee and has concerns about what an up-or-down vote by DAPR means.

Says Plan Commission isn’t looking closely enough at projects — relying too much on the up or down vote fro DAPR.

Alderman Don Wilson, 4th Ward, says the concern may be more with the subsequent review (by the Plan Commission) rather than with DAPR. DAPR’s brief is very clear now, he says. Not interested in having them vet the economic value.

Rainey says DAPR is the best advice money can buy for the applicant. That’s where DAPR is most effective, she says. If applicant doesn’t take that advice and run with it, then “shame on them.”

But says maybe DAPR needs to segment its comments and not have an up-or-down vote.

People in community are saying DAPR denied it, Plan Commission denied it, you (the Council) should deny it, Rainey says. But developer many have changed proposal since.

Leonard says can look at what other communities do about that issue.