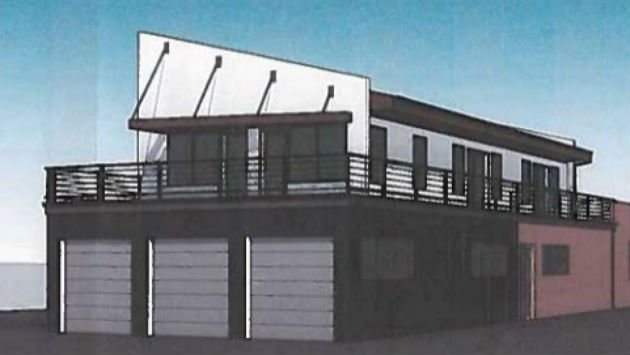 Alderman Eleanor Revelle, 7th Ward, thanks Design Evanston for the charette proposal. Says need input on what type of building would be best for the site, given its historic neighbors.

Says can’t support going ahead with the RFQ until that’s done.

Alderman Don Wilson, 4th Ward, says the office building proposal wasn’t appropriate. Now need to decide whether want to sell the property and what might want on it. Says should decide what the building would look like before get proposals. Otherwise likely to get things completely inappropriate proposed.

Doesnt’ want to do the RFP at this point.

Says building now is zoned R6 that would allow a building 85 feet tall plus an additional four floors of parking.

If get responses can move forward with them or not.

Alderman Melissa Wynne, 3rd Ward, thanks Design Evanston for the charette idea. Agrees with Revelle and Wilson that an RFQ is premature. Once have idea of what would be best for the site, then an RFQ would be appropriate. Suggests should go ahead with the charette but not the RFQ at this point.

Jack Weiss, of Design Evanston, says it will be just design professional from the organization that would be participating in the process.

Hopes to finish by the end of July.

Rainey says it will be a closed group — some of her best friends — but says would be fascinating to do more.

Says the library parking lot, next to Harley Clarke, was one of the most frustrating experiences of her time on the Council.

Says the RFQ would get a broad range of intormation that the Council also needs to know. What would be so bad while Design Evanston is doing its thing, to find out who the qualified people are who would be interested in developing the site.

Says are shortchanging ourselves by not putting a request out there. Should give it a shot. It’s not going to cost us anything,

Fiske says there’s nothing binding in what would be seeking — just asking who’s out there and who’s interested.

Says the goal was to have an office building that would support the downtown retail community. Says would provide benefits for downtown and that’s gotten lost over time.

Need to keep the central business district as strong as it can be.

Says run the risk of alienating our constituents if just open this up completely. Businesses will worry that it will be a high-rise apartment building.

If no price and no priorities — will get all kinds of (perhaps goofy) ideas.

Says we’re not desperate for something to happen in this space. Have time.

Motion or RFQ failes 5-2. Only Fiske and Rainey vote for it

For introduction and action. Approved.

Carl Klein says should have public notice requirement. Fears could be used for library parking lot.

Joan Safford says rule is limited to situations where are using it to provide city services and there’s minimal adverse impact on surrounding uses.

Says other municipal codes she’s looked at are more restrictive than Evanston’s.

Alderman Robin Rue Simmons, 5th Ward, says the concern grows out of the pumping station development in her ward. Says there was a lot of outreach, but it was mostly informal. Says would like to see some more formal notice process — as with non-municipal projects.

Revelle says it’s in line with the environmental justice proposal that may be coming before the Council in the future.

So, with no objection, the issue is referred to the Plan Commission.