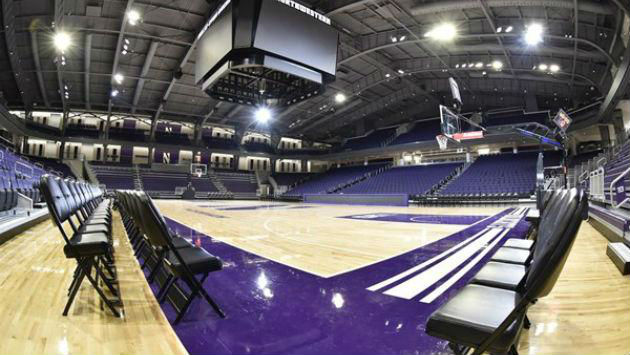 Yvi Russell opposes the change — says there’s a history of conflict between NU and residents.

Lots of other folks speak in opposition to the change.

Roger Sosa, executive director of the Evanston Chamber of Commerce, says a chauber survey says 71 percent of people surveyed by the chamber support the zoning change.

Additional speakers on both sides of the issue.

Davis says university’s payments to the city cover its costs. Claims $350M in economic impact on Evanston from the university’s activities.

Mike Polisky, of NU’s athletic department, says will make sure the events don’t disturb the community.

Alderman Eleanor Revelle, 7th Ward, says she’s opposed to the zoning change — because of concerns about standards for amendments and precedents it would set.

Compares proposed events to men’s basketball games, which, she says, disrupt parking for neighbors. Says now have 18 men’s bkb games … and this would be adding 13 more similar events.

Says commercial events are not compatible with the neighborhood.

Alderman Don Wilson, 4th Ward, says fundamental question is whether we believe Northwestern. Things like zoning historically are challenging. It has a very troubled historical past as a tool. Things evolve in communities, he says, thinks should do it in a measured and controlled manner

Says it’s OK to say no to NU or anybody — has done it often. Says used to have a lot of resistance to outdoor dining in Evanston — now have it all over the city and it’s wonderful.

Says doesn’t know whether the events will be wonderful or not. Says can do it on a temporary basis and see whether it works.

Says should develop some measurable parameters to use when comes time or Council to review the situation in two years.

Says it’s a pilot program. Says she will never ever vote for a proposal that would fill the stadium. This is a defined number — limited to 7,000 seats.

Says Chamber’s presentation is very interesting. Says doesn’t think it will reduce property values. Says should give it a try.

Suffredin says there are a lot of reasons why the people in his part of town don’t trust Northwestern. Says NU has proven to be untrustworthy consistently.

Says shouldn’t “roll over” for the university.

Says NU/City Committee meets quarterly. Says over many years that she’s been observing Northwestern — when Morty Schapiro came, there’s been a real change.

Says neighborhood protection is a serious issue. Over the past few years has developed positive working relationship — things have gotten a lot better.

Says Council is here to see that any agreement with NU protects the interests of the city.

Says NU has been extremely responsive and she’s very happy about that.

Says understands neighbors’ fear — but thinks there’s an opportunity that’s worth investigating and see it it can work and benefit the city that we should give it a chance.

In two years if it doesnt work — then it ends.

Says she frequently challenges the university to serve the community better. Wants to work more toward solutions.

Says sees property owners selling parking on their front yards near the stadium. Some residents seem to be inviting the activity.

NU is a multi-billion dollar organization. Gives the city a lot of benefits — reduces residential and commercial vacancies.

Will vote to send this to the full City Council.

Says she’s concerned about the process and public participation — but thinks an get them answered.

Wynne says she doesn’t have hostility toward Northwestern … says she’s an NU Law alum. Says her issue is that doesn’t believe NU has met the burden to get the zoning change.

Committee discusses possibility of canceling the Nov. 11 Planning and Development Committee meeting to give more time for budget discussion at City Council. No vote taken, given question of whether all Council meetings will be cancelled that night because it’s Veterans Day.