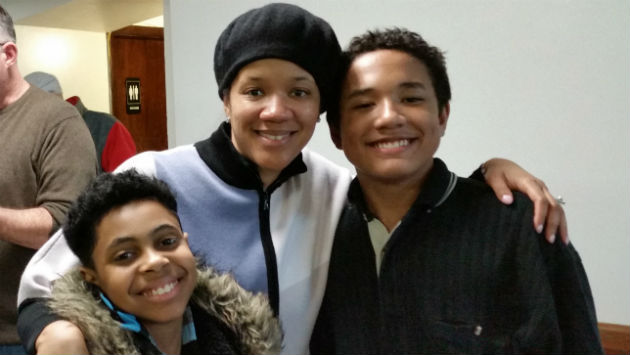 In the race to become Evanston’s new 5th Ward alderman, Robin Rue finished with just under 50.1 percent of the vote. Carolyn Murray was second with 21.1 percent.

Despite finishing with an absolute majority of the vote, Rue will still face Murray in the general election April 4, because the referendum that set up the 50-plus-1-takes-it-all primary only applied to the mayoral race.

As for the other three candidates in the 5th Ward race, Carlis Sutton finished with 15.6 percent, Misty Witenberg with 9.6 percent and Daniel Featherson had 3.7 percent.

At her victory celebration at Jennifer’s Edibles on Simpson Street, Rue, also known as Robin Simmons, said she was “excited that the community believes in me” and said she feels “a huge responsibility to satisfy the commitments I’ve made to the community.”

Looking forward to the general election she said “there’s still a lot of undecided voters” that she hopes to meet to show them what sets her apart and how she’s prepared herself to serve the community.

Just 761 ballots were cast in the 5th Ward in the primary, for a turnout of slightly under 18 percent. Rue said she hopes that what she sees as a growing concern with the national government will help people understand how important government is at the local level as well, increasing turnout for the general election.

Second-place finisher Carolyn Murray, in an email to Evanston Now this afternoon, said she was “grateful and honored to have received so much voter support” in Tuesday’s primary.

She noted her 12-years of volunteer activism and said, “We have a diverse spectrum of needs throughout my community and it is absolutely imperative that we have a representative who is grounded in the issues, who can fully act and vote on behalf of our residents, and who remains untethered from private financial profits from city initiatives.”