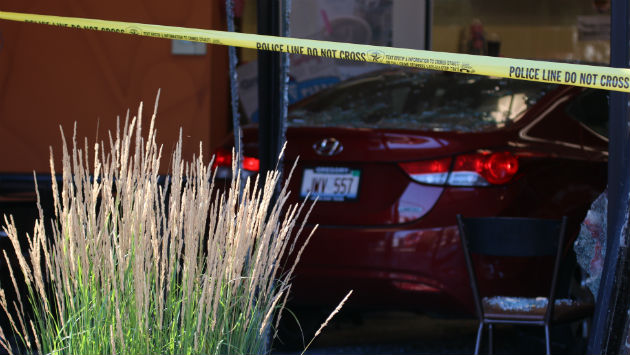 Evanston fire officials say six people suffered mostly minor injuries from flyinig debris when a car drove through the front window of the Dunkin’ Donuts at Dempster Street and Dodge Avenue shortly after 10 o’clock this morning.

The car ended up stopped all the way inside the restaurant’s dining area. 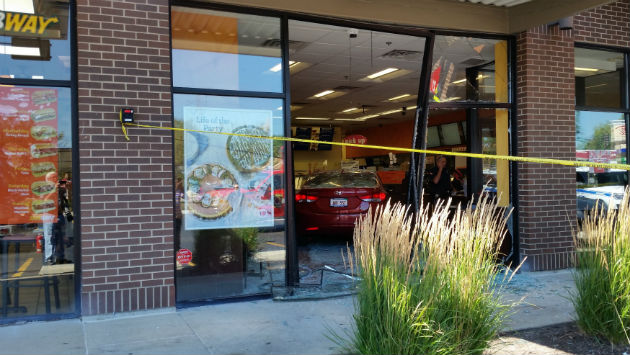 No word yet on the cause of the accident.

Just one of the people injured was hurt badly enough to require transport to a hospital. That person was taken to St. Francis Hospital for treatment of an ankle injury. 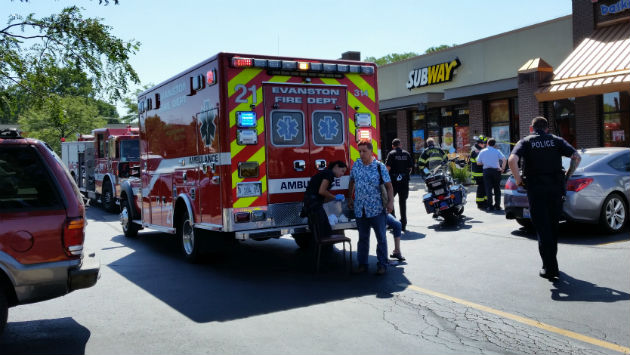 A paramedic assists a customer hurt by flying glass from the incident. 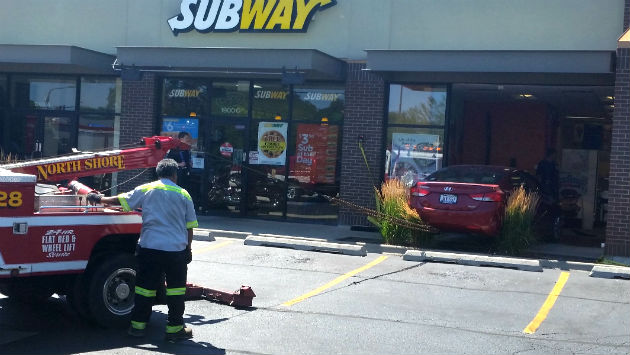 Update 11:40 a.m.:The car being pulled out of the donut shop about an hour after it crashed through the window.

Update 11:55 a.m.: Police Cmdr. Joseph Dugan says the driver of the car, a 56-year-old Evanston resident, thought he’d put the car in reverse to pull out of a parking space, but instead it was in drive.