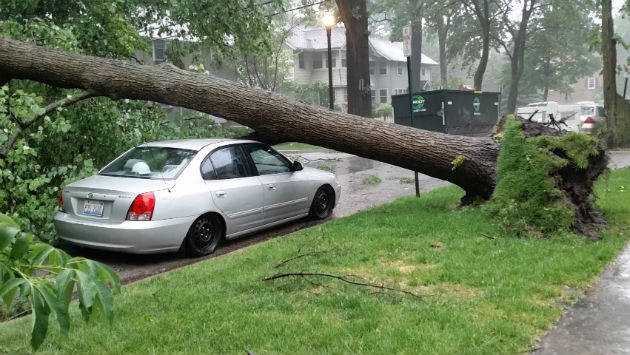 A heavy thunderstorm knocked down many trees, especially in northwest Evanston, and flooded some streets in town late this afternoon.

City Manager Wally Bobkiewicz says that as of 5:20 p.m. 1.3 inches of rain had fallen at the city’s water plant in a period of just 20 minutes. 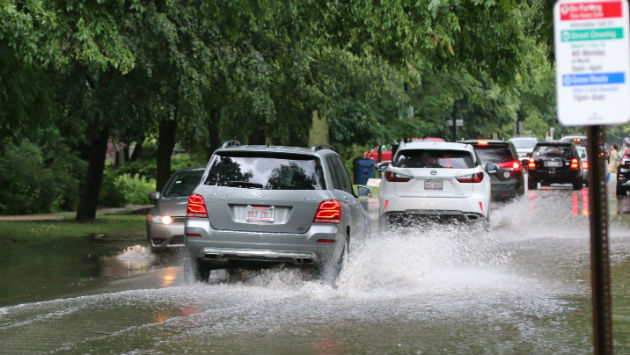 Cars drive through flooding on Asbury north of Church.

The storm, which some fire officials described as including a microburst, also ripped off a portion of the roof at Evanston Hospital, dropping it into the driveway off Ridge Avenue. 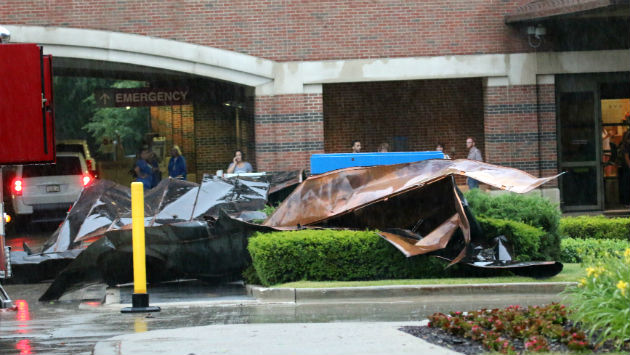 Roofing material in the entrance at Evanston Hospital. 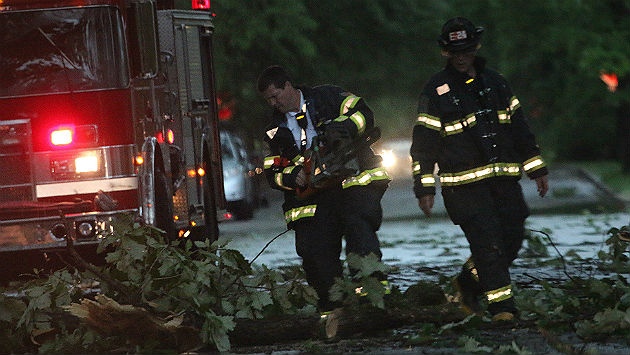 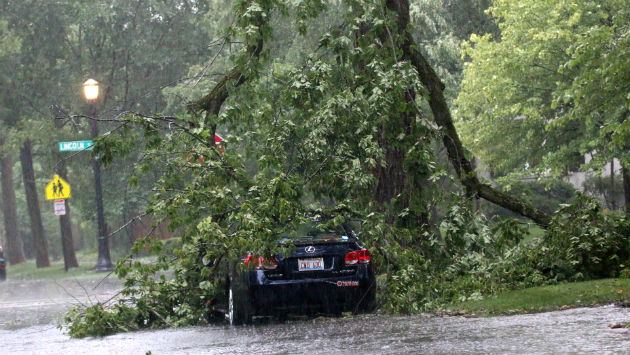 Another of the many trees that lost limbs in northwest Evanston this evening.

He says sewer crews have been called out, but the water may drain by the time crews are able to get to the trouble spots. “There’s little we can do,” Bobkiewicz added, “just too much rain in a short duration.”

Update 7:45 p.m.: Paul D’Agostino, head of the city’s environmental services bureau, says two forestry crews are working into the evening to tackle obstructed streets and sidewalks at more than a dozen locations. He says debris from the downed tree limbs will be picked up tomorrow.