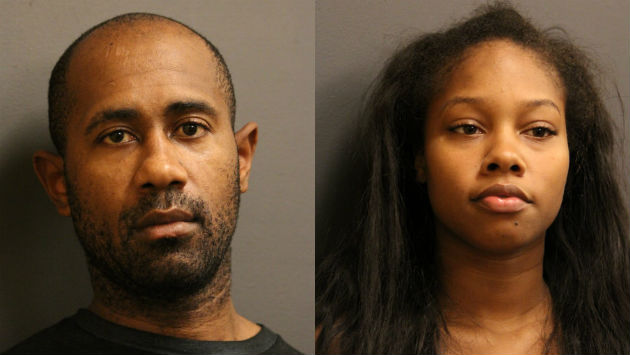 Police spokesman Perry Polinski says a 35-year-old woman called police about 1:40 a.m. to say she’d been robbed at gunpoint on the street in the 1100 of Madison Street by two subjects who fled westbound in a red vehicle.

Polinski says other witnesses told them the two had run away from the car about a half block away from the robbery scene, and officers located two suspects in the east alley of the 700 block of Dodge Avenue.

Polinski says the two suspects, Brian Herron, 33, of 5006 W. Jackson in Chicago, and Maia Space, 20, of 1921 S. Homan in Chicago, were positively identified by the victim.

He says investigating officers also located a BB gun in some bushes in the 1200 block of Madison.