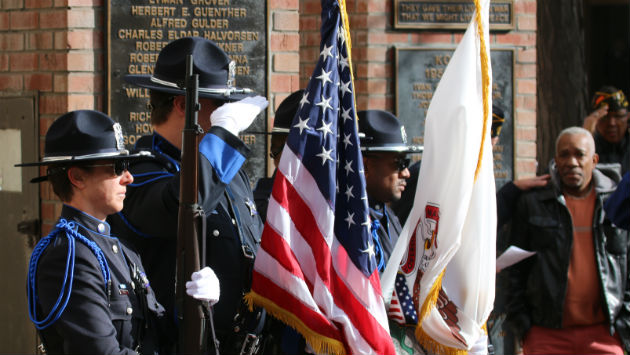 Despite winds gusting to 45 miles an hour, about 100 veterans and their supporters turned out this morning at Fountain Square in Evanston for the city's traditional Veterans Day ceremonies. 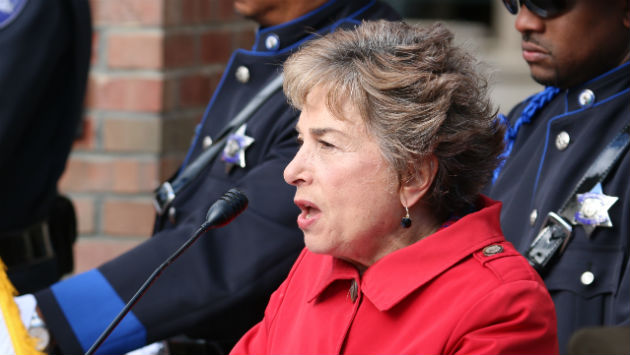 U.S. Rep. Jan Schakowsky (D-Evanston) told the crowd that Americans need to maintain the wide array of programs that help veterans — from Veterans Administration to food stamps that some veterans need to be able to afford to eat.

Schakowsky referred to the experience of U.S. Senator-elect Tammy Duckworth, who was rescued by crew members after her helicopter was shot down — suggesting that not just service members, but all Americans need to resolve to leave no one behind.

County Commissioner Larry Suffredin and Mayor Elizabeth Tisdahl were among the other speakers at the ceremony.