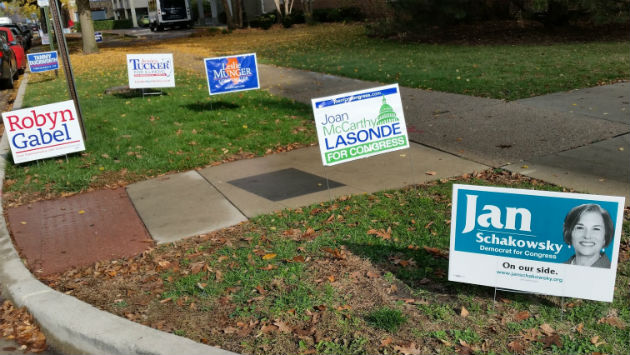 Evanston residents who waited to vote on election day appear to have missed the big lines that sometimes formed outside the early voting location at the Civic Center.

Several voters said they managed to get in and out of their polling place today in 10 to 15 minutes and had only short waits to be able to mark their ballots.

That adds up to about 59 percent of the roughly 1.5 million registered voters. So, officials say, once the polls close at 7 p.m. the vote total in the area is likely to be close to the 73 percent average for the last three presidential elections.