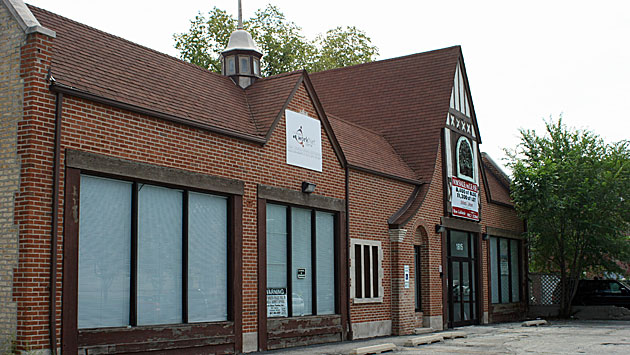 Evanston may get its first brewpub by the middle of next year if plans reviewed today by the Liquor Control Board become reality.

Mayor Elizabeth Tisdahl says she plans to recommend approval of a liquor license for the pub, proposed for the vacant former site of the state employment office at 1615 Oak Ave.

Michael F. Smylie of Winnetka told the board he plans to open Smylie Bros. Restaurant and Brewery at the site, which once was occupied by the Oak Street Market natural foods store.

Smylie said he plans a 200-seat restaurant and 15-barrel brew house inside the 8,400 square-foot building which has a barrel truss roof.

"We'll feature American regional dishes including barbeque and wood-fire pizza," Smylie said. "It will be an eclectic mix of food."

Smylie says he's been a chef for five years, after selling his commodies trading company and has worked at various restaurants on Chicago's north side.

He said he's not looking to serve a college-student audience.

"Our core demographic is 25 to 55 year old educated professionals who have the disposable income for dining out," Smylie said, "and Evanston has a great demographic for that."

He said he expected 60 percent or more of the establishment's business to come from food sales.

Smylie says he expectsto sell six to eight types of beers — from pale to dark ales, with some rotating seasonal brews.

He also plans to sell the beer for carryout in half-gallon growler containers.

The liquor license for Smylie Bros. is expected to be on the agenda for the Sept. 24 City Council meeting, along with two other recommendations from the liquor board today — one for hard-liquor package sales at the Whole Foods Market at 1111 Chicago Ave., the other for beer and wine sales at the planned Trader Joe's market at 1211 Chicago Ave.