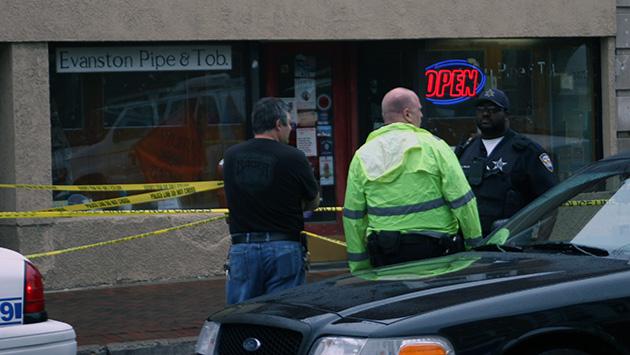 Update 9:40 a.m.: Police say the bodies of the men, Azim Hakeem, 38, and Mobeen Hakeem, 34,were found in the basement of the Evanston Pipe & Tobacco shop at 923 Davis St. by officers asked by a relative to check the property after the men failed to respond to phone calls.

Evanston Police Cmdr. Jay Parrott says investigators found no signs that the shop had been robbed and that at this point the department is classifying the incident as "a death investigation."

Parrott says the bodies of the brothers, who both lived in Evanston, were transported to the Cook County Medical Examiner’s Office for post mortem examinations and that forensic personnel are still on scene.

The family-owned shop reportedly has operated in downtown Evanston for more than 30 years.

Top: Police outside the tobacco shop this morning.