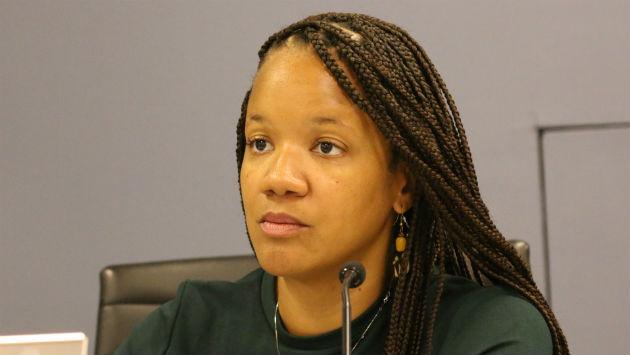 Evanston aldermen tonight are scheduled to give final approval to a 2020 city budget that includes creating a new reparations fund to receive revenue from a new tax on recreational cannabis sales.

The budget, with the reparations fund included, was unanimously approved for introduction last week.

A three-member aldermanic subcommittee has yet to present a report on how money in the fund designed to provide reparations for slavery, redlining and other forms of discrimination against blacks, would be spent.

But Alderman Robin Rue Simmons, 5th Ward, who has led the campaign for the fund, has said she wants a “solutions only” approach that would emphasize encouraging minority business startups and other economic empowerment activities.

The cannabis tax — which won’t go into effect until July — is anticipated to yield $250,000 in revenue in 2020. Rue Simmons has said her goal is to fund $10 million in programs from the fund over the span of a decade and that she wants to encourage private contributions to the fund from businesses and individuals to supplement the tax revenue.

The City Council is also scheduled tonight to adopt an array of tax levies to help fund the overall budget that totals nearly $321 million before subtracting interfund transfers and to approve creation of two special service area taxing districts for shopping areas along Central Street.

Also on the agenda is the creation of a new liquor license category designed to permit expanded liquor sales at Northwestern University’s Welsh-Ryan arena. The university will still need to apply for a license to make use of the new license category.

The City Council sessions tonight start with an Administration and Public Works Committee meeting at 6 p.m.