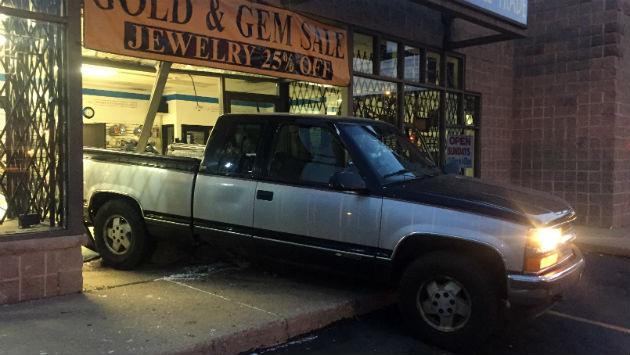 Evanston police say a burglar backed a stolen pickup truck through the front entry of the Windy City Jewelry & Loan pawn shop at 959 Howard St. in Evanston about 3:50 this morning. 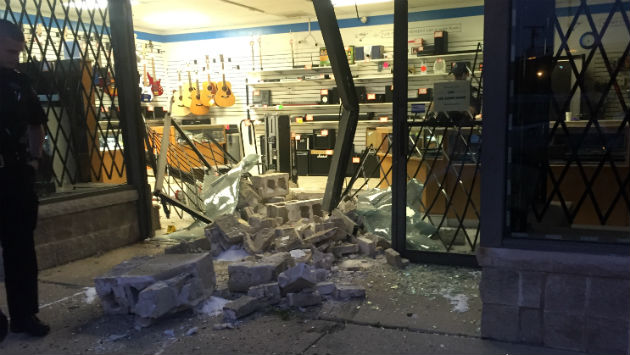 The Chevy pickup truck, which had been stolen in Chicago, left the entryway to the shop a shambles.

Update 9:10 a.m.: Police Cmdr. Joseph Dugan says the driver and two accomplices were captured on surveillance video entering the store where they grabbed gold and silver jewelry with an estimated value of $6,000 from two display cases. 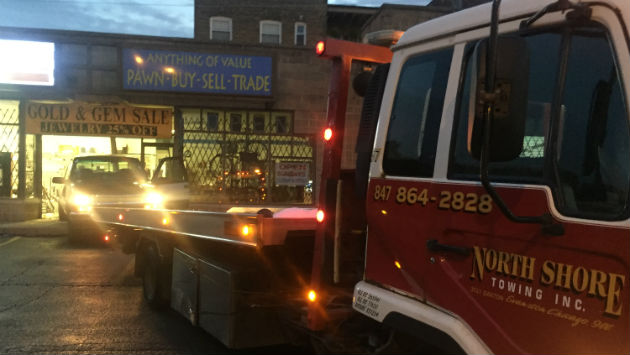 The burglars then fled the store on foot, Dugan says, leaving some items of their clothing behind.

Dugan says detectives are following up on the incident, but no arrests have been made yet.