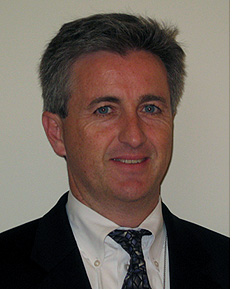 Burke has been the city’s director of the Transportation Division since 2005 and served as interim public works director since the beginning of March.

"I’m so pleased that John agreed to serve permanently in this capacity," Carroll said.

"He has been such a great addition to the City of Evanston staff during the past three years," she added.

Burke assumed his new position April 28 and is responsible for almost 200 employees and a budget in excess of $100 million, which includes operating, capital and enterprise funds. Burke is in charge of the Divisions of Transportation, Water and Sewer; Streets and Sanitation; and Fleet Services.

As director of Transportation, Burke directed citywide transportation, engineering and parking services. He also served as the city engineer and acting public works director in the director’s absence.

Prior to Portsmouth, he was a parking and transportation consultant with Wilbur Smith Associates in Portland Maine and his own firm. He also served as director of the Lewiston-Auburn, Maine Metropolitan Planning Organization from 1992-1996; and as a highway design engineer for the Massachusetts Department of Public Works in Boston from 1987-1990.

Burke holds professional engineer licenses from the states of Illinois and Maine.