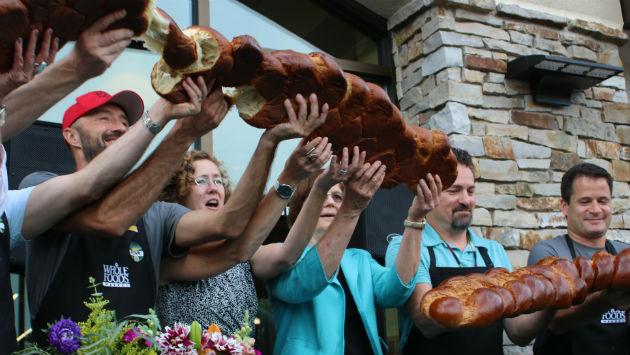 When it came to news of business and the local economy, Evanston Now readers this year were firmly focused on food.

Thirty-seven of our 100 most-read stories dealt with local business or economic themes — and nearly half of those stories focused on the opening — and closing — of local dining spots. And in the town frequently described as the dining capital of the North Shore, perhaps that focus fits.

But this year's food focus had a bit of a different twist — with two supermarkets — Valli Produce at Evanston Plaza and the city's third Whole Foods store, on Green Bay Road — opening in July (#86 most-read story) to replace the shuttered Dominick's stores at those locations. 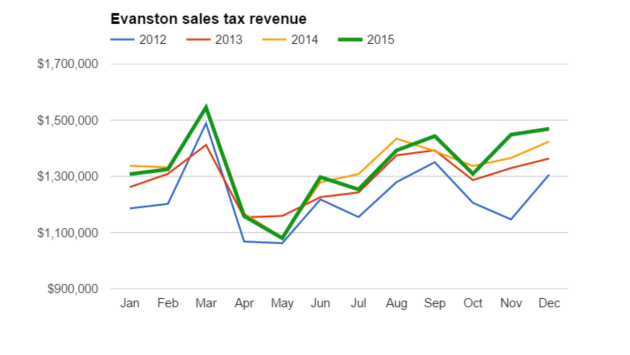 And, by year's end, the impact of the two new markets could be seen in an improvement in the sales tax revenue collections turned over to the city by the state — money that reaches the city three months after it's collected by merchants.

But without a major regional shopping complex in town, Evanston's sales tax revenue lagged the statewide average for municipalities in all but one month this year. 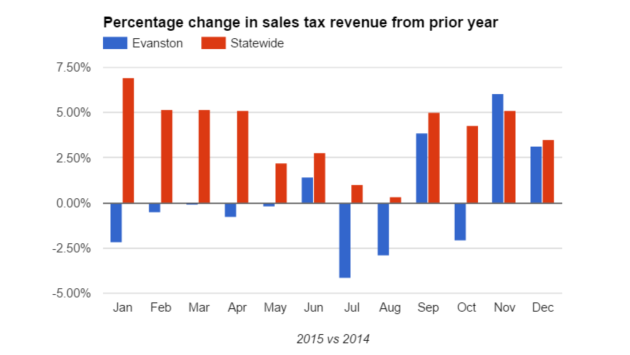 For the year as a whole, Evanston's sales tax receipts were up just 0.18 percent from 2014, while the average Illinois municipality showed a 3.88 percent increase. 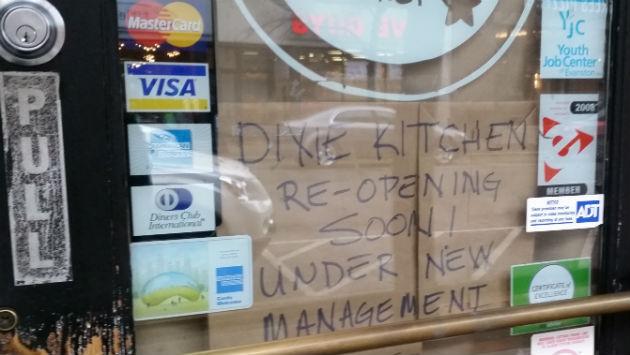 As usual, restaurant closings — and openings — attracted the most attention.

All that restaurant action and more led to inevitable questions about whether we're reached our limit on pizza (#14) or on Starbucks (#62).  As the year ended, it appeared the answer to both those questions was "no."

But that didn't stop city officials from fretting (#69) about how to attract a more diverse retail base.