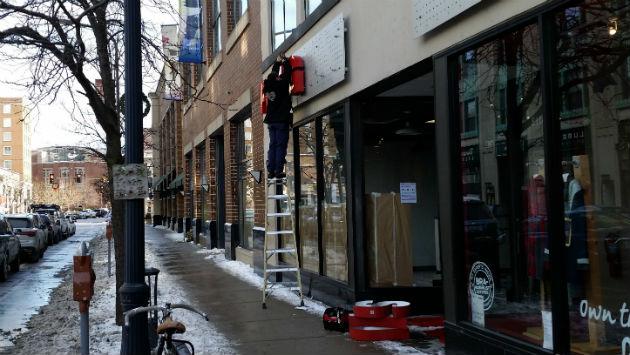 The sign was coming down this afternoon from the burger shop Five Guys at 816 Church St. in downtown Evanston.

The restaurant closed over the weekend, but it had been planning an exit from Evanston at least since last July, when we first noticed a for rent listing for the storefront.

Five Guys is the second burger chain to shutter in Evanston this year — and it lasted a lot longer than the six-month run of Red Robin, which closed its outlet at 1700 Maple Ave. in October.

Five Guys won approval for its carry-out restaurant special use in mid-2010. The chain still has at least three other outlets within five miles of Evanston.

The Fara Commercial Brokerage listing for the Five Guys space is still active today — so it's not yet clear what will fill the space next.