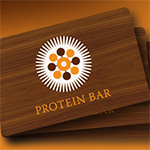 Protein Bar, a growing chain of quick-service restaurants that feature wraps and high-protein beverages, plans to open in the space now occupied by Lululemon Athletica at 1622 Sherman Ave.

The special use permit for the new restaurant was introduced at Monday night's City Council meeting and scheduled for final approval next month.

Protein Bar has 10 restaurants in the Chicago area and three in Washington, D.C.

Lululemon is moving to Old Orchard.

Protein Bar, which, among other things serves breakfast cereals, in a way will be a throw-back to the original 2006 occupant of the Sherman Plaza storefront — a concept called Cereality — that featured employees in pajamas serving breakfast cereal all day long.

It lasted for maybe a year before folding, and eventually was replaced by Lululemon in 2008.