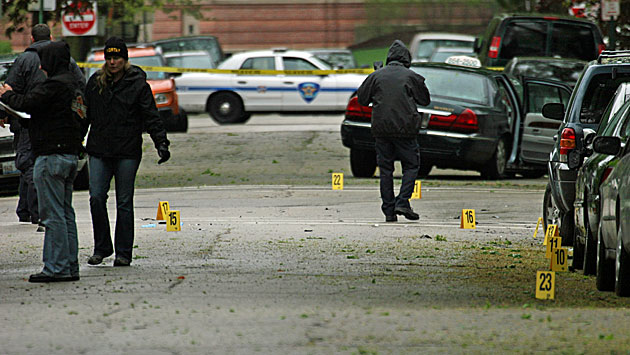 Evanston police are on the scene on Elmwood Avenue near South Boulevard where a cab driver was shot about 2 a.m. today.

Police Commander Jay Parrott says the driver, who works for Best Taxi, was shot in the head and is now hospitalized in critical condition and on life support.

The name of the victim is not being released at this time pending notification of next of kin.

Police were initially called to the scene after neighbors heard the cab crash into a parked car.