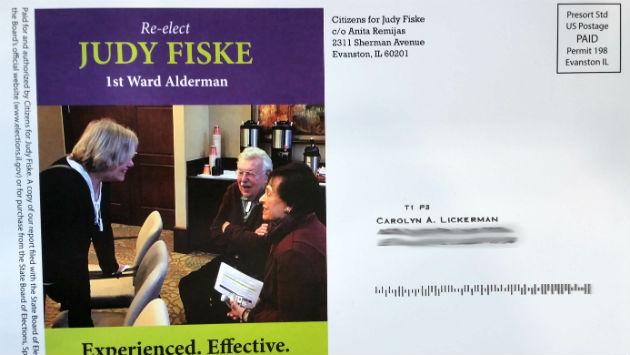 A supporter of 1st Ward aldermanic candidate Lee Cabot has filed a complaint with the state board of elections objecting to the use of a photo of her in campaign fliers mailed by the incumbent alderman, Judy Fiske.

Carolyn Lickerman says the photo, in which she’s shown conversing with Fiske after a candidate forum at The Mather, was used without her permission and falsely infers that she’s endorsing the incumbent.

“There is no mistaking the dishonest intent on the part of Citizens for Judy Fiske for using my photo,” Lickerman says in her complaint.

Lickerman, a Mather resident who once served on the city council in her former home town of Columbus, Indiana, says there’s no excuse for an experienced politician like Fiske, a two-term incumbent, not knowing that she should get permission of people shown in a photo before using that photo in campaign literature.

“Judy Fiske is not a novice politician. She knows the rules but believes they don’t apply to her,” Lickerman said. 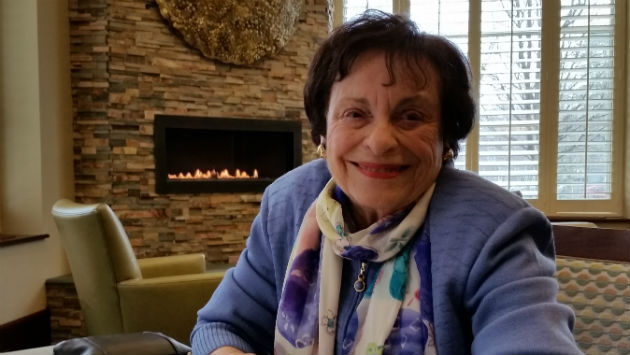 An experienced campaign organizer working on a different Evanston race said the general practice in campaigns is to try to get permission from anyone who’s identifiable in a campaign photo — although that may not be feasible for crowd shots.

Under most circumstances the use of a person’s name or image for advertising purposes without permission would be grounds for a lawsuit as a violation of an individual’s right to control publicity about him- or herself, but the relevant Illinois statute contains an exception permitting such uses in political campaigns.

Alderman Fiske, in response to a question from Evanston Now, said she “was sorry to hear” that Lickerman was upset.

Lickerman’s complaint to the election board also claims that the Fiske campaign failed to include required disclosure notices on a campaign kickoff fundraising letter sent in January and on yard signs distributed across the ward.