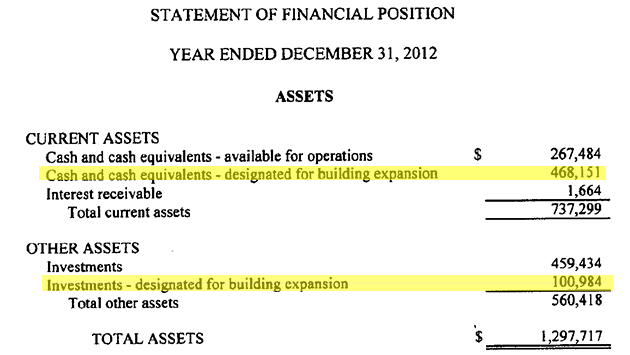 The state attorney general may ultimately be asked to decide whether the Community Animal Rescue Effort can redirect funds it raised with a goal of expanding the Evanston animal shelter to some other purpose.

Last year, in a report to the attorney general's office, which supervises charities in Illlinois, CARE said it had set aside $569,135 raised from donors for the purpose of shelter expansion.

But the same report noted that because the city had failed to follow through on a promise to spend a half million of its own money to expand the shelter, "it is uncertain if the construction of the new facilities will take place as planned" and that CARE "might have to move its operations to another location."

It added that the CARE board "reserves the right to reallocate" the money set aside for shelter expansion to fund operations of the organization.

Some Evanston aldermen, having just terminated the city's 27-year-old relationship with CARE in a dispute over dog euthanasia rates, now hope to find a way to divest CARE of the money raised in the name of shelter expansion. But the city's failure to deliver on its own pledge may complicate any such effort.

In a memo to be discussed at Monday's City Council meeting, City Attorney Grant Farrar suggests that it's "doubtful" that the city has legal standing to seek a court order directing CARE to turn over the money.

But he says it could ask the state attorney general or the Internal Revenue Service to investigage CARE's activities.

As recounted in documents Farrar unearthed in digging into the issue, the history of the shelter expansion dream goes back at least to 2000, when the City Council adopted a resolution authorizing CARE to solicit funds for renovation, repair and expansion of the animal shelter.

The minutes of the meeting, at which the resolution was approved unanimously, quote Alderman Ann Rainey, 8th Ward, as saying that the expansion "will be totally privately funded with plans to raise about $2 million."

On June 19, 2006, the aldermen — feeling flush after then city manager Julia Carroll reported that it looked like the city had a $2 million surplus — voted 7-2 to fund "one-half the cost of the expansion of the animal shelter" up to $470,000.

The approval came despite reservations of Alderman Eb Moran, 6th Ward, who said he was "stunned" that the council would make that big a commitment so suddenly. "The city has many needs and is constantly asked to balance those needs," Moran said.

Then, as the housing market collapsed, the city's financial condition went into a tailspin. More than a hundred city workers were laid off, and plans for a variety of projects — including the shelter expansion — were put on hold.

As yet the city has not revived plans to move forward with the shelter expansion — which would leave open for the attorney general to decide whether — faced with an apparent impossibility of meeting donor's desire to expand the Evanston shelter, CARE might be justified in instead using the funds to create a new shelter somewhere else.

City Manager Wally Bobkiewicz says he will ask the aldermen Monday to authorize him to have further discussions with CARE about the issue and report back to the council at its May 12 meeting.