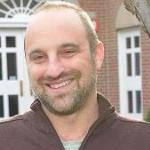 Peter Kaplan won't be appearing on the Evanston/Skokie School District 65 election ballot after all.

As Kaplan explained to supporters on his campaign website, he forgot to include a required receipt from county clerk's office for the financial statement he filed there in the packet of filing materials he submitted to the school district on Dec. 17.

Despite that, Kaplan was included in an initial list of candidates provided by the school district and officials there only notified him of the omission and that he wouldn't be included on the ballot on Thursday, after the Wednesday filing deadline had passed.

Kaplan says he's considering running a write-in campaign and hopes to make a decision about that by next week, but that it seems like an "overwhelmingly daunting task."

With Kaplan off the ballot, that leaves just four candidates seeking four open positions on the board.

They are Sunith Kartha of 1309 Leonard Place, an attorney who filed Wednesday, and three candidates who filed Dec. 17 — Candance Chow of 2614 Thayer St., who runs her own consulting business; Claudia Garrison of 1430 Crain St., a retired teacher who taught at Haven Middle School, and Tracy Quattrocki, the only incumbent in the race.