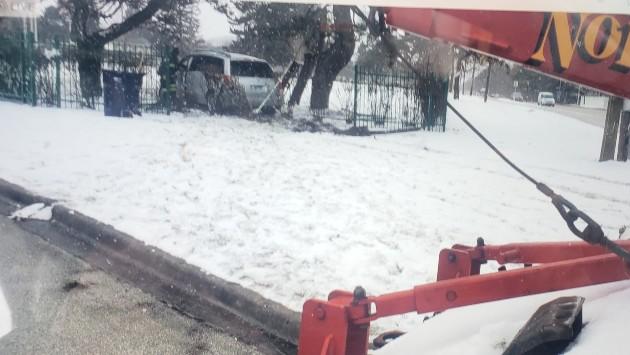 A minivan went off the road at the intersection of Gross Point Road and Harrison Street around 2 o’clock this afternoon and ended up plowing through a fence at the Memorial Park Cemetery.

Update 4:25 p.m.: Evanston Police Cmdr. Brian Henry says the driver of the minivan that went through the fence had run the red light at the intersection of Gross Point and Harrison and collided with a westbound SUV.

Both drivers were taken to Skokie Hospital where they were treated and released.

Henry says the minivan driver was issued a traffic citation.