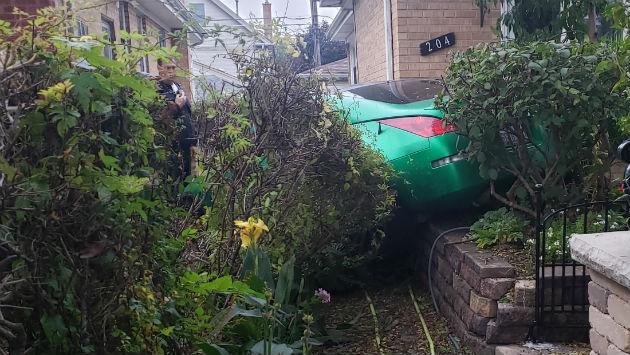 A car ran off Dodge Avenue during rush hour in Evanston this morning and became wedged between two houses in the 200 block of the street.

The incident apparently happened shortly after 7:30 a.m. There were no immediate reports of injuries or details on what may have caused the accident.

Evanston Police called North Shore Towing to the scene to get the green sedan back onto the road.

Update 10:05 a.m.: Police Cmdr. Ryan Glew says there were no injuries in the accident and no structural damage to the house.

Update 1045 a.m.: Glew says police believe the accident was caused by driving too fast for conditions. The driver’s been issued three traffic citations.