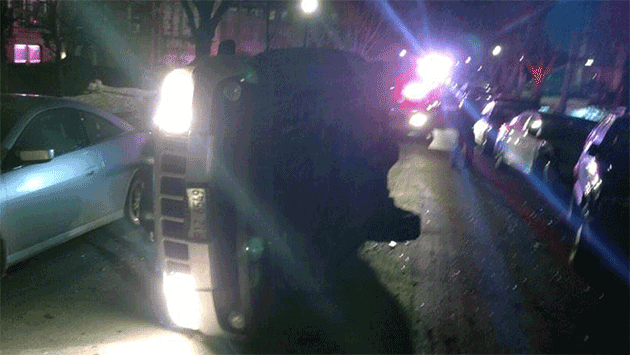 Evanton police say a car flipped on its side after hitting at least two parked cars in the 800 block of Brummel Street in south Evanston about 10 p.m. Friday night.

Reportedly three or four people were in the car when the accident occurred in front of 821 Brummel. One passenger, a juvenile from Chicago, was transported to St. Francis Hospital for treatment of minor injuries.

Police Cmdr. Joseph Dugan says the driver of the car, 18-year-old Bradley Carr of Wilmette, was charged wtih misdemeanor underage consumption of alcohol and received a traffic citation for failure to reduce speed to avoid an accident. He's scheduled to appear in Skokie district court at 1:30 p.m. on April 1.