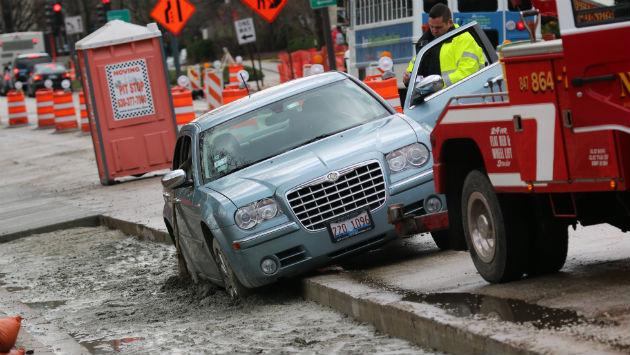 The accident happened about 10 a.m. when car's driver apparently became confused about which lane to use amid the construction barriers lining the roadway.

Update 12:15 p.m.: Evanston Police Cmdr. Joseph Dugan says the driver was a 68-year-old Chicago man who apparently suffered a medical issue related to his condition as a diabetic. He wasn't injured in the accident but was transported to Evanston Hospital for treatment of his medical condition.

Dugan says no citations were issued because the accident was caused by his medical condition.