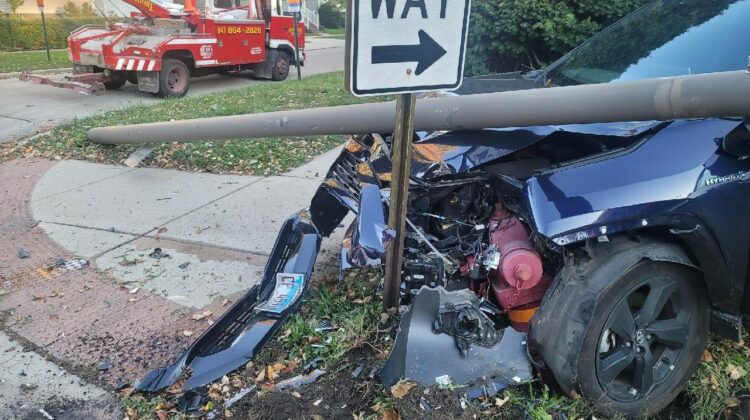 An accident around 8 a.m. Tuesday on Lake Street at Florence Avenue in Evanston left a car with a fire hydrant embedded in its front end.

It appears the car was heading west on Lake Street when the driver lost control and the vehicle jumped the curb on the north side of the street, taking down a street light pole before continuing on to smash into the fire hydrant.

No immediate word from Evanston Police on the cause of the crash or whether there were any injuries.

The accident occurred just across the street from Penny Park.

Update 11:55 a.m.: Police Cmdr. Ryan Glew says the car’s driver, a 46-year-old Chicago man, and two of the four juveniles in the car were transported to Evanston Hospital with minor injuries.

He says the driver was issued citations for driving without a license, failure to properly restrain children, damaging city property, leaving the roadway and failure to reduce speed to avoid an accident.