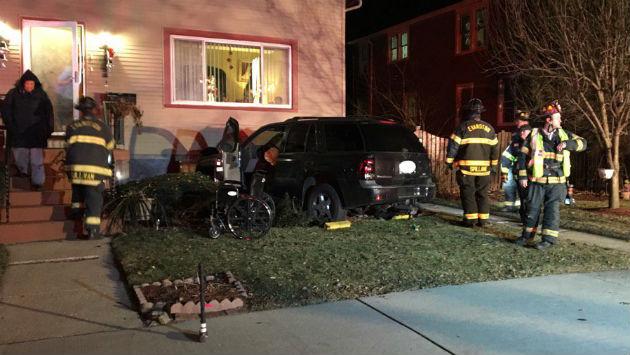 Police say a 68-year-old Evanston man was driving southbound in the 1000 block of Dodge Avenue about 8:25 p.m. tonight when he apparently lost control of his vehicle and it struck two parked cars.

When the driver tried to turn around, he ended up hitting the gas — which caused his car to jump the curb and hit a house.

Police Cmdr. Joseph Dugan says nobody in the building was hurt, but the car’s driver was having difficulty breathing after the accident and was taken to St. Francis Hospital by ambulance.

Dugan says the incident is still under investigation.