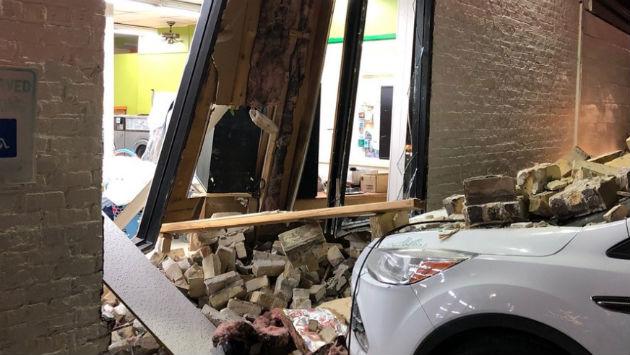 A car knocked open a wall at the Clean Wash Laundry at 807 Howard St. in Evanston late Friday afternoon.

Police Cmdr. Ryan Glew says the car had been in the building’s parking lot just off Elmwood Avenue when the driver lost control of the vehicle as she was trying to pull into a parking space and knocked down part of a wall and two windows toward the rear of the building.

Fire crews and a city building inspector responded to the scene. A board-up service was called to make temporary repairs to the damage.

Glew says the building owner was present when the accident occurred.