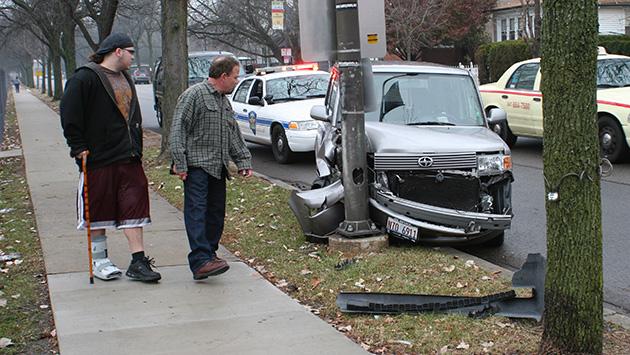 A car crashed into a light pole near Church Street and Grey Avenue in Evanston about 12:15 this afternoon — and the driver apparently fled the scene.

Police contacted the car's registered owner, a Skokie man, who drove to the scene about a half hour after the crash.

Parrott says the car had not been reported stolen, and the keys were found in the vehicle. He says officers are trying to determine whether it may have been borrowed without permission.

The accident scene is on the edge of the Evanston Township High School campus.