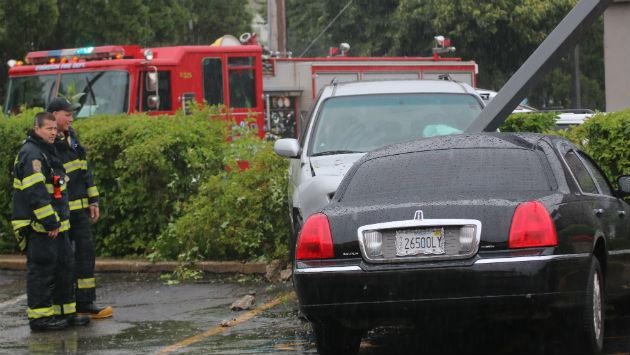 A number of cars were damaged about 9:40 this morning when a driver apparently lost control while rounding a curve at the Starbucks drive thru at Dempster and Dodge in Evanston.

The car ended up plowing through bushes separating the Starbucks parking lot from the adjoining McDonald’s lot, knocking over a light pole in the McDonald’s lot and striking other cars.

Evanston police and fire units were still on the scene nearly an hour later.

Police Cmdr. Ryan Glew says nobody was injured in the incident.

Update 10:35 a.m.: The damaged cars now have been towed from the scene.