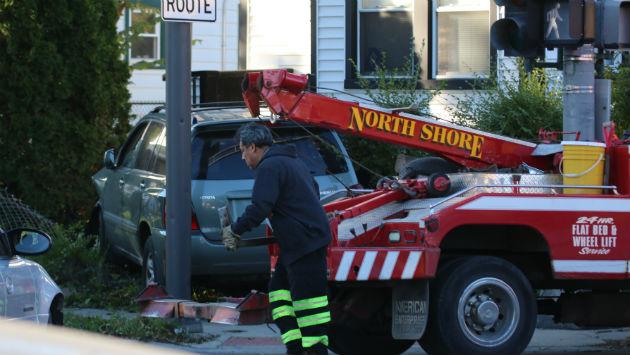 Rush hour traffic on Emerson Street in Evanston was snarled this afternoon after a car plowed into the front yard of a home on the northwest corner of Emerson at Dodge Avenue.

The accident happened around 4 p.m. There was no immediate word on any injuries or what caused the accident.

The car knocked down the chain link fence in front of the home and narrowly missed a traffic signal and a street light on the corner.

He says the car that ended up in the yard apparently was westbound on Emerson while the other car was turning onto westbound Emerson from Dodge.

There were no injuries, and the car that ran into the yard stopped before hitting the house.